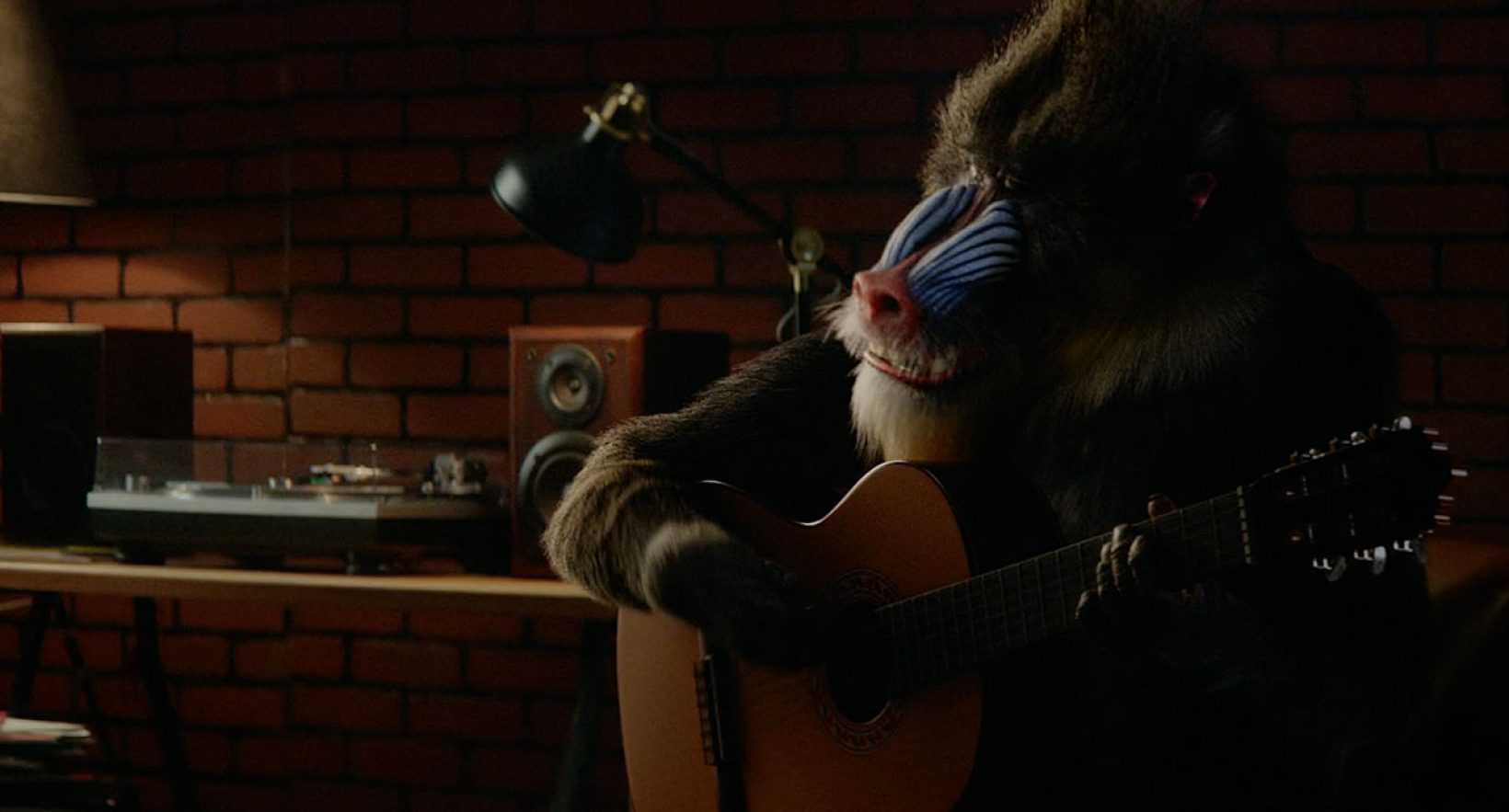 next
Warning: array_reverse() expects parameter 1 to be array, null given in /home/wwwplatigecom/public_html/wp-content/themes/nowa/lib/helpers.php on line 369

Warning: reset() expects parameter 1 to be array, null given in /home/wwwplatigecom/public_html/wp-content/themes/nowa/lib/helpers.php on line 369

Warning: Division by zero in /home/wwwplatigecom/public_html/wp-content/themes/nowa/lib/helpers.php on line 374

Tajawal – Travel. Bring back you. Commercial

In collaboration with the Dejavu production house and director Omar Hilal, we created a spot promoting the Tajawal travel agency in Dubai. The production resulted in adding a mandrill, the main character in the ad, to our expanding gallery of computer-generated animals. Creator of the concept and director Omar Hilal, and Mateusz Wiśniewski the VFX producer of the spot, talk about their assumptions and work on the project.

The aim of the commercial was to present in a creative way the app of the Tajawal travel agency, a company whose offer is aimed at people living and working in the Middle East. The creators wanted the viewer to identify with the emotions of the main character, hence the idea that the whole thing should look like a music video showing the life of an average person, seen at work, at home and with friends, but who is burned out and feeling suffocated. The protagonist desperately needs a break to become himself again, and Tajawal can give him the chance to break out of his mundane routine and introduce a ray of light into his monotonous reality.

“The film uses a music track that is all about routine and boredom. The song’s chorus says, ‘Nothing ever happens; Nothing happens at all!’ and that was the basis for our idea. It’s a story about a man who has become like a caged animal and only returns to his human form at the end of the film, once he has booked a vacation to a beach escape. The execution was inspired by artist Walton Ford’s animal portraits,” – comments Omar Hilal.

The central character in the spot is a mandrill – an unusual and nice, intelligent-looking mammal, who behaves like a human but seems completely out of place in the corporate environment. The artists from Platige Image refined all the production details, including those related to the protagonist. In the first part of the spot, the mandrill’s fur looks ruffled and unkempt, reflecting his initial dissatisfaction. Only later in the clip does it become fluffy and well-groomed, with the two different fur systems reflecting the change in his emotions.

“We obtained over 1,000 reference photos of a representative of this species, taken previously in a zoo, so we could accurately reproduce the mandrill’s appearance and behaviour. The figure of the mandrill was ultimately developed by three animators. The fur itself was also a huge challenge – to make it look realistic, we not only had a life-size mock-up of the animal on the set, but also a fur reference, which was necessary to capture how the light on the set reflected off the hair. We then used the information obtained in this way in our further animation work,” explains Mateusz Wiśniewski. “This was a unique project, and its successful execution was made possible by our excellent cooperation with the client, the production house and the director.”

“CGI Animals are a great challenge. Crafting a delicate performance from a CGI mandrill, and bringing subtle emotions out of him, was a challenge which we feel we overcame with precise direction from director and creative Omar Hilal,  and the excellent team at  Platige, giving him a realistic human feel of a depressed man. “ comments  Manasvi Gosalia, Executive Producer – Dejavu. 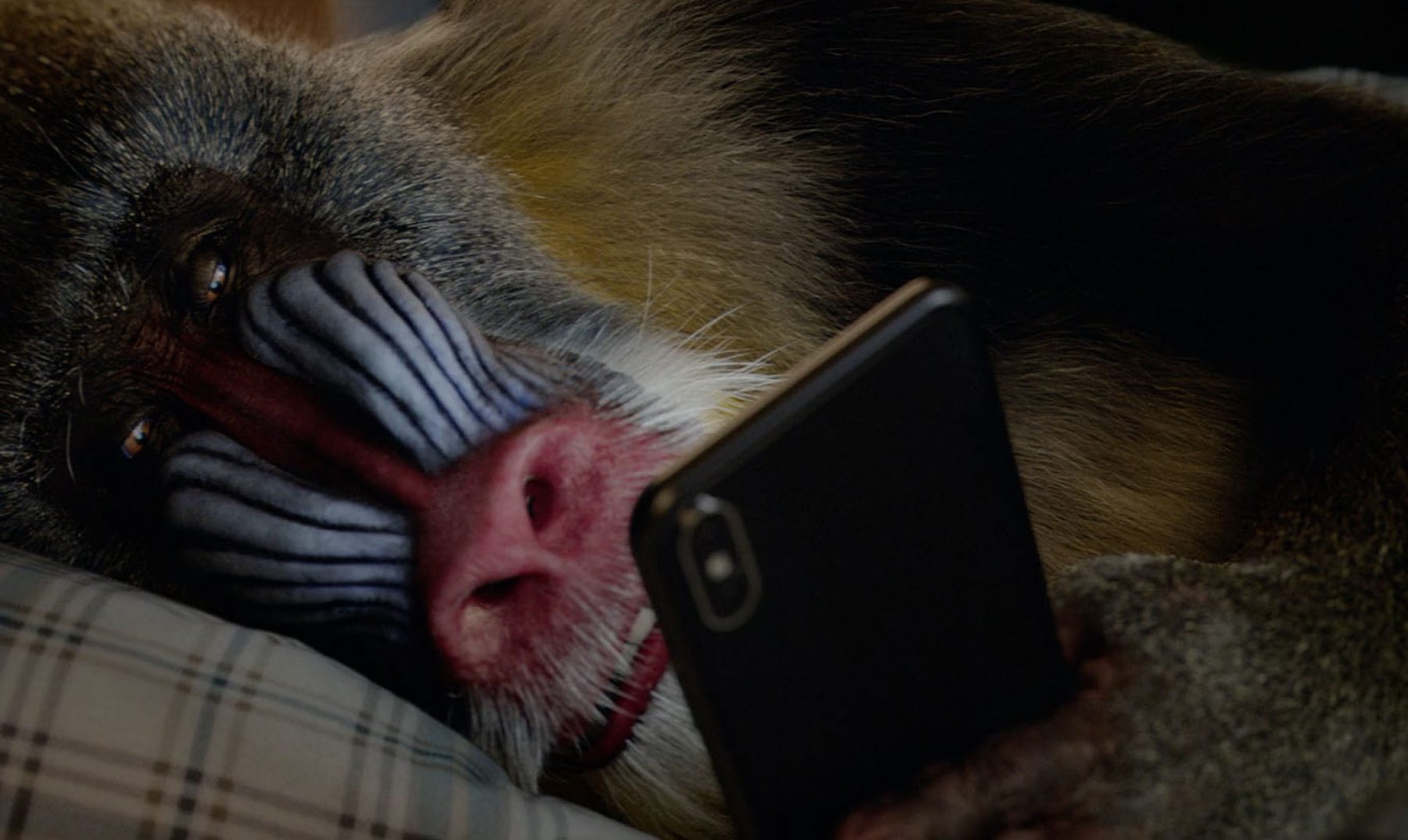 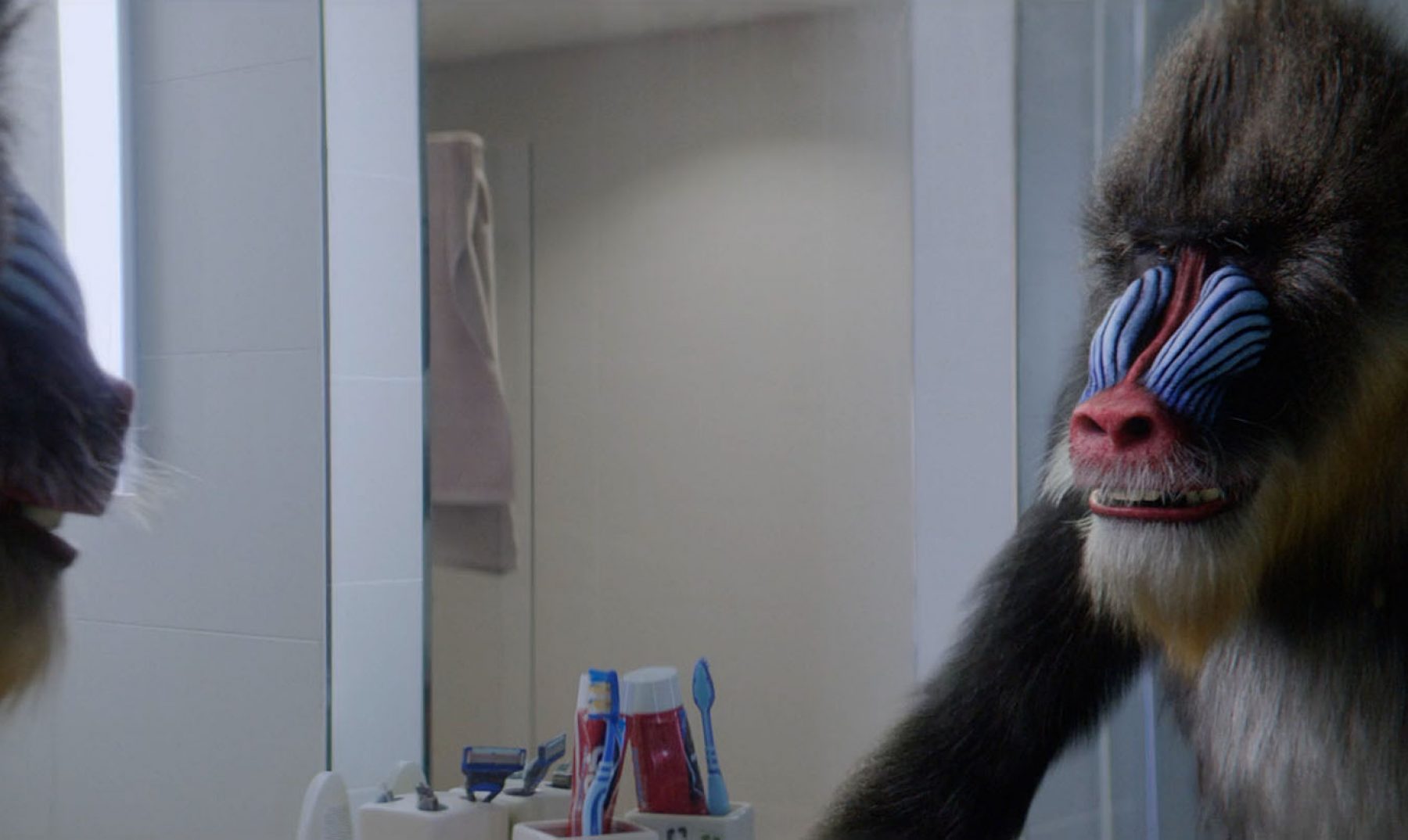 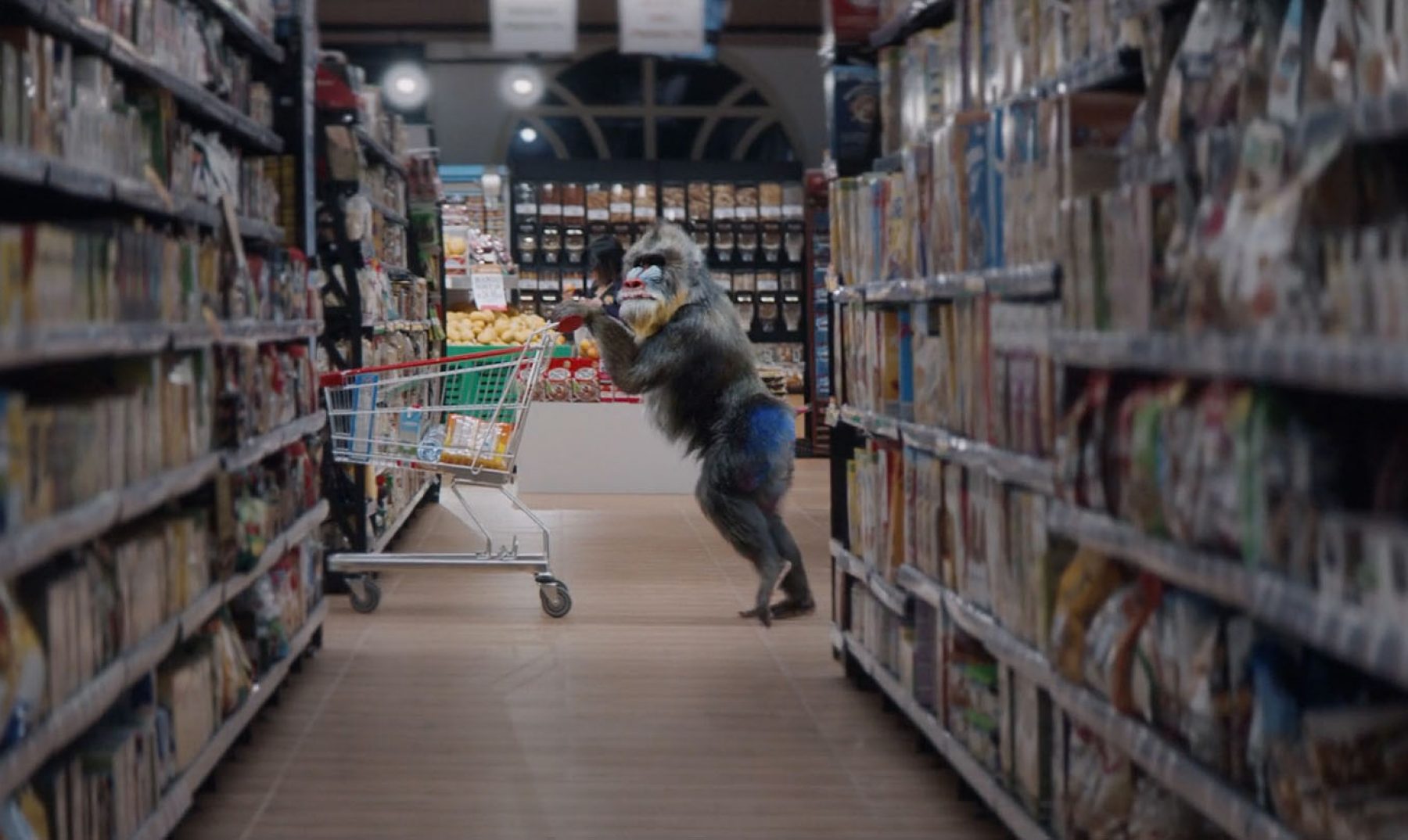 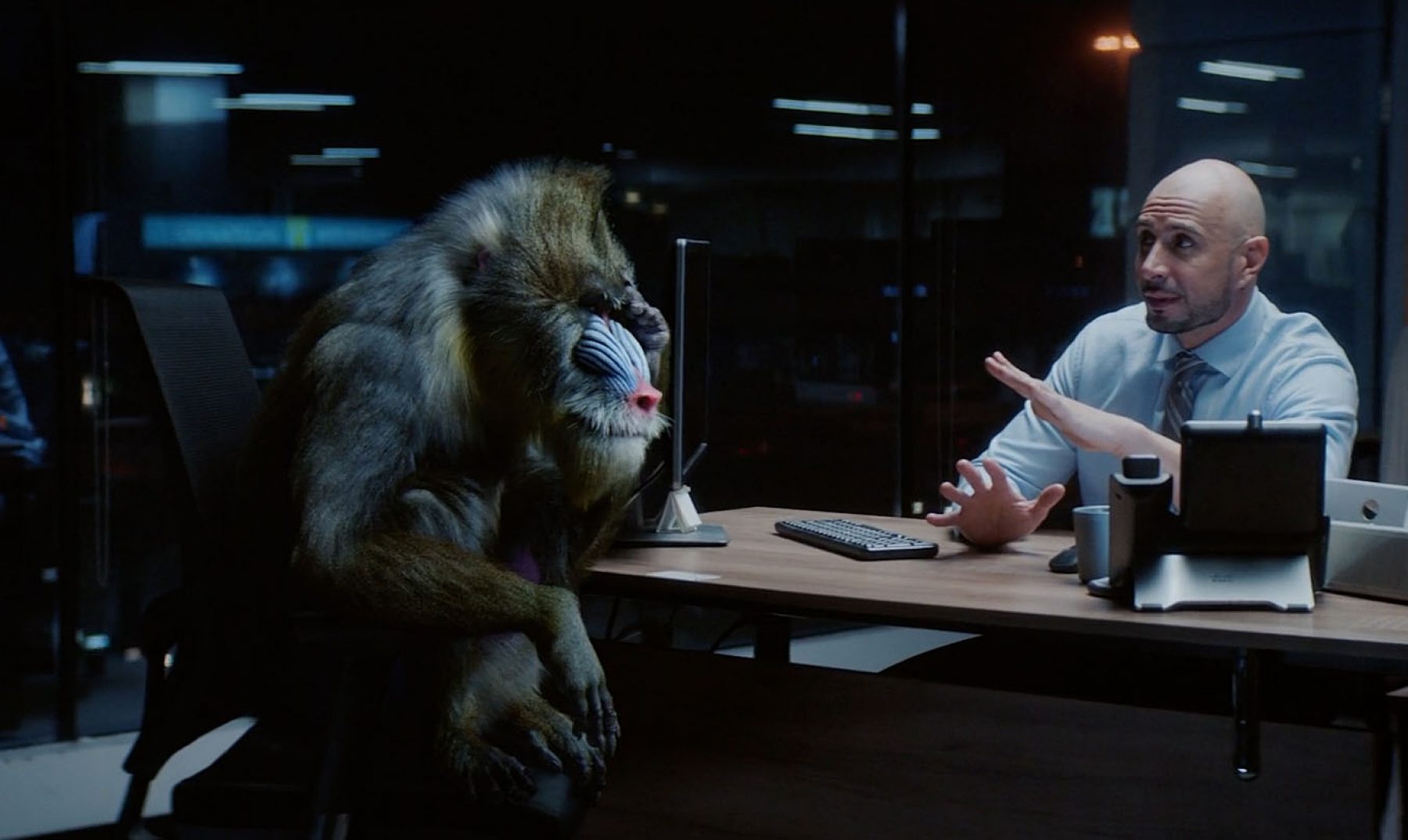 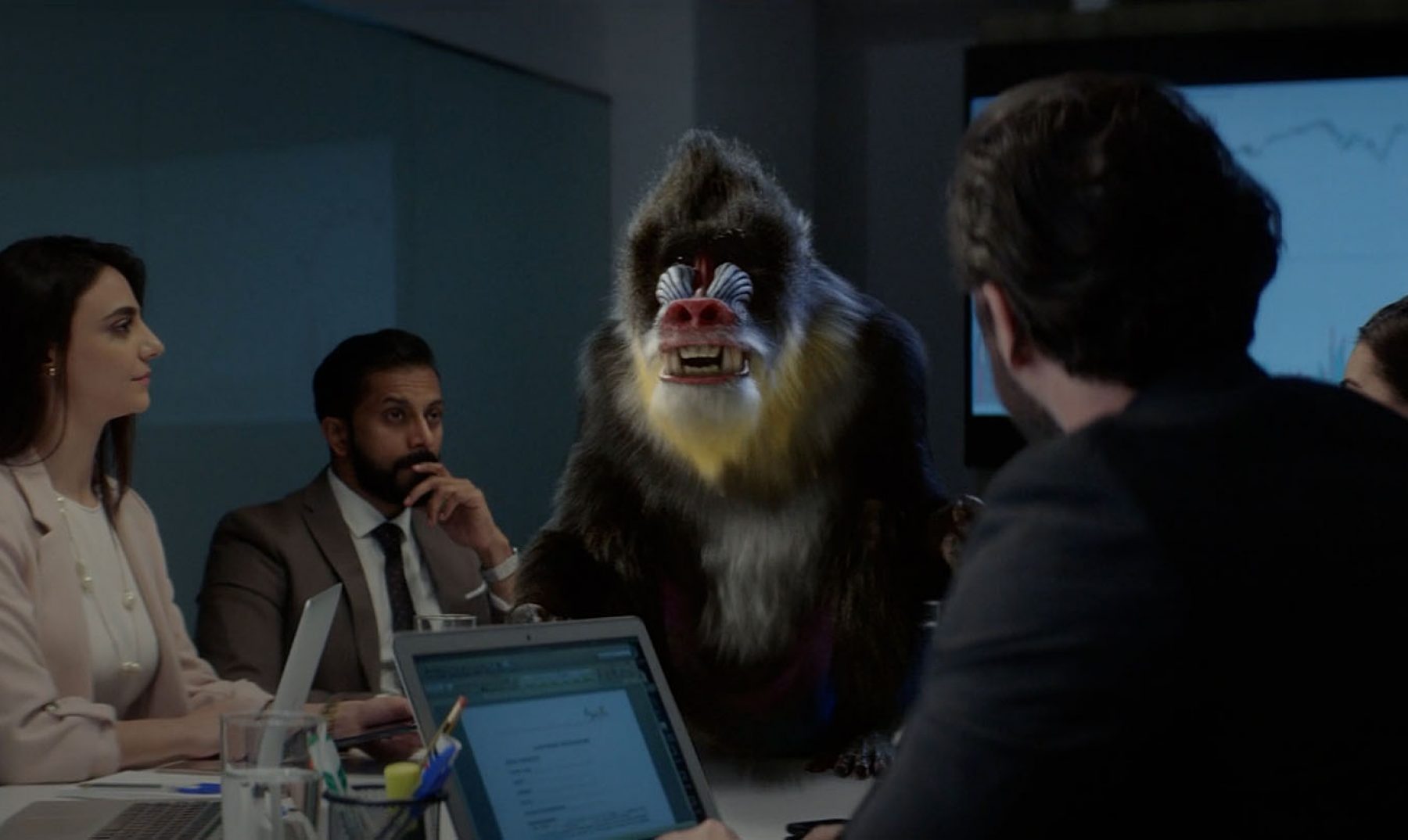 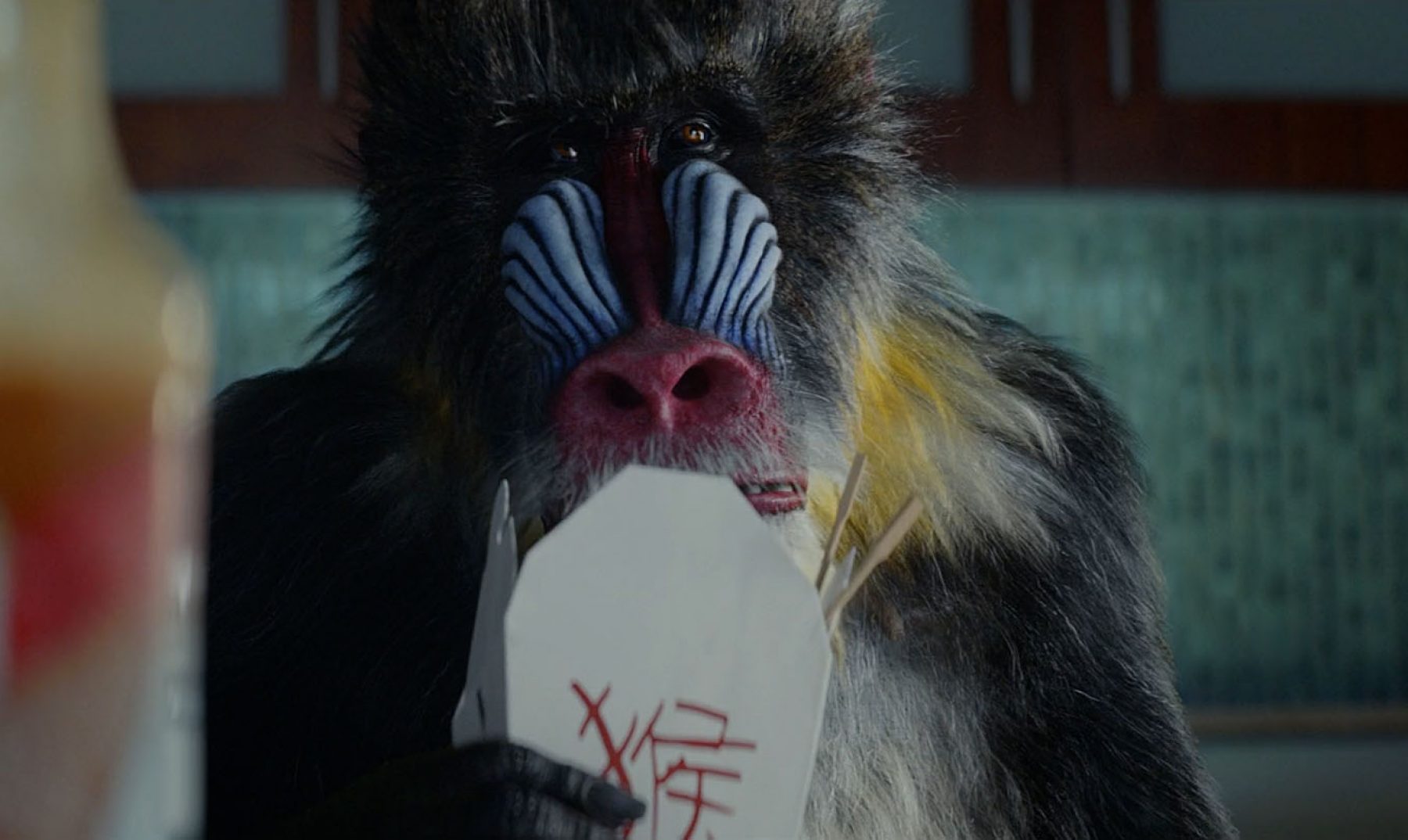 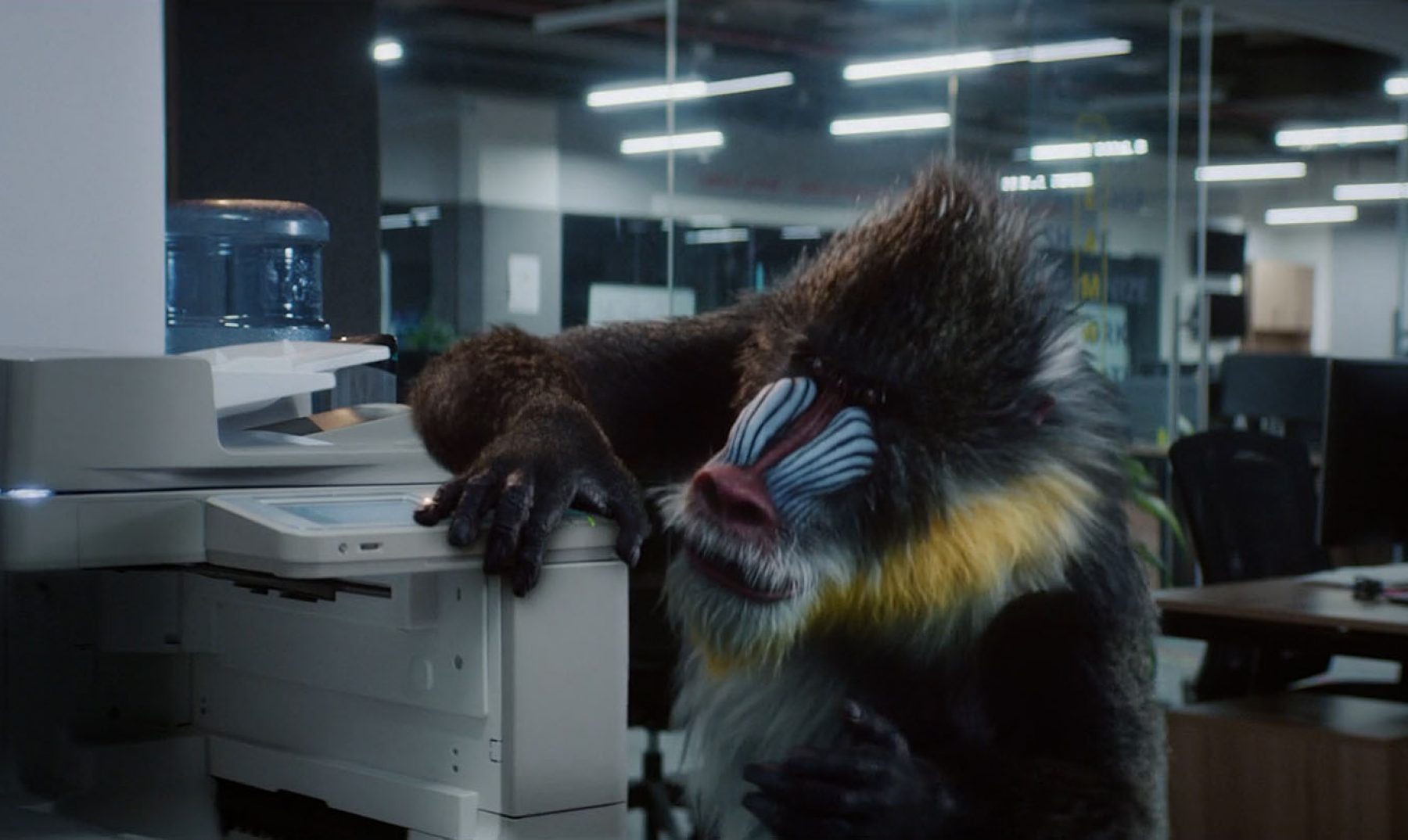