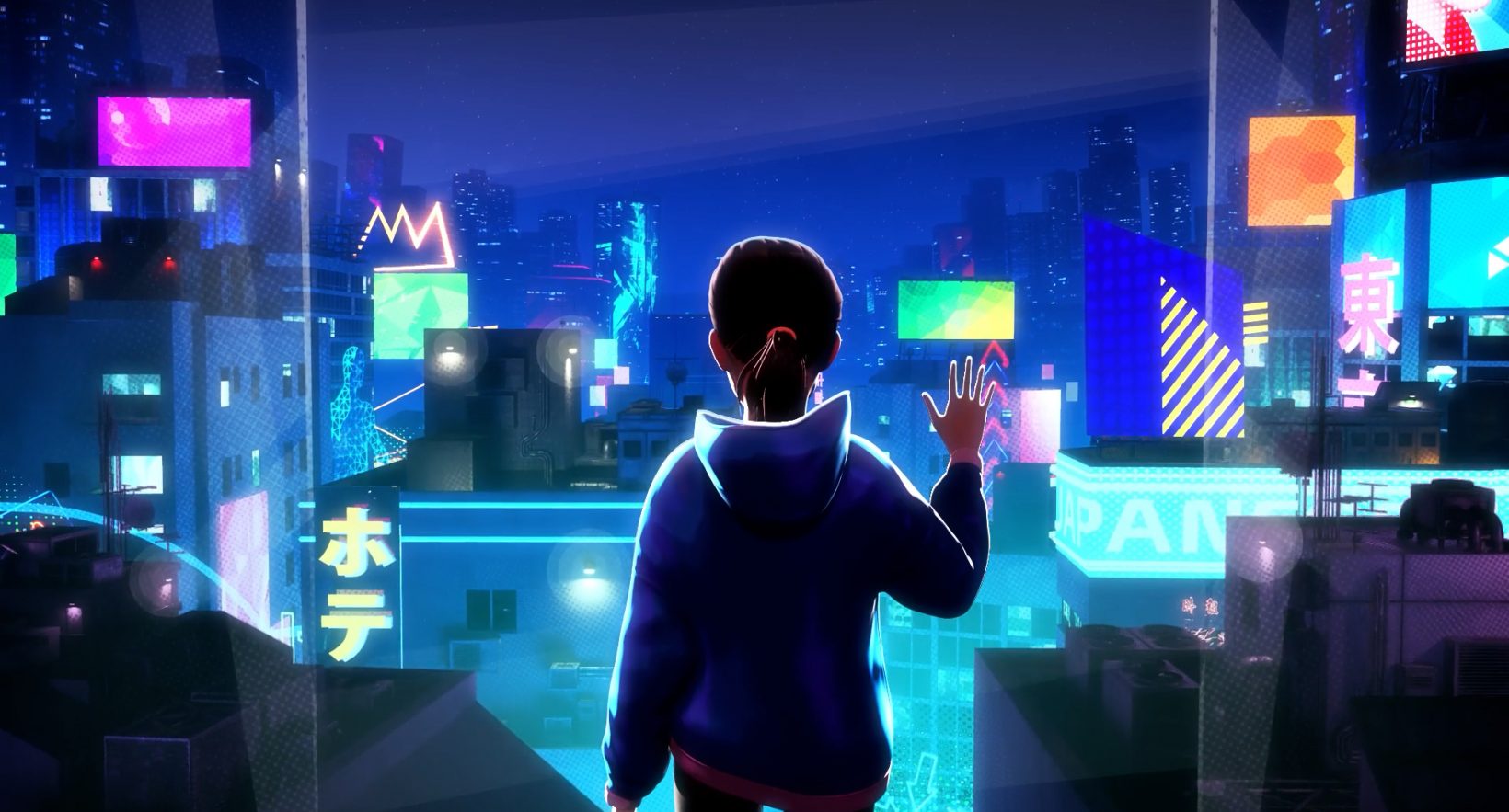 We have produced two animated shorts for Japanese brand SK-II’s VS anthology, released in support of its #ChangeDestiny campaign. The two films, directed by Damian Nenow and Bartek Kik, feature table tennis player Kasumi Ishikawa, who won the podium at both the 2012 and 2016 Olympic Games, and Liu Xiang, the world record holder for the 50m backstroke.

We were responsible for two out of the six animations that make up the VS anthology, blending live-action and animation, and drawing on a variety of different visual styles. Each of the films talks about the challenges that female athletes face in their careers. To produce the films, we worked alongside multiple-award-winning studios Imaginary Forces, Passion Pictures, and C3, as well as the WPP Agencies Grey and Mediacom as creative partner. The soundtrack was produced by John Legend (VS Trolls) and Lexie Liu (VS Obsession), among others artists.

“We wanted to celebrate our athletes’ incredible stories in a way that has never been done before, through a beautifully crafted mix of animation and live action. It was an absolute honour to work with Platige Image to bring these stories to life. What they have created is nothing short of a cinematic masterpiece”.  said Siddika Dehlvi, Executive Creative Business Director

“Both films are a hybrid blend of live-action and animation, which allowed us to artistically move in two directions at the same time. During production, we collaborated with artists from almost every corner of the globe, including Japan, Malaysia, France, Russia, Italy, and South Africa. Each element of this puzzle had to be carefully placed so that the end result perfectly suited the client’s needs,” commented Robert Stasz, CG producer.

Set in a dreamlike vision of Tokyo, the film shows celebrated table tennis player Kasumi Ishikawa facing overwhelming pressure – the toughest opponent that any athlete has to face. In the animated sequence of the episode “VS Pressure”, her movements were created using the key-frame technique. This gave us the freedom to create surreal choreography that seems to go against the laws of physics. The approach also helped us infuse the characters with a symbolism that tracked with the narrative at the same time.

“The animated sequence of the film takes place in the protagonist’s imagination, with the animation itself being the prism through which we wanted to express the essence of her emotions. We focused on creating the mood of the place rather than a detailed reconstruction. In our film, the background is in constant motion, evolving and transforming in synergy with the mood of the individual scenes. We used every visual element in the film to build a strong and emotional message, in which even the optical perspective and colors are actors playing their parts,” said director of the film, Damian Nenow.

“The stylized aesthetics of the movie allowed us to use color more liberally. We put a lot of work into creating so-called color keys, so that we could be sure that the colors, while staying in line with the narrative, evoked specific emotions, and that each scene had the right tone,” added art director Kamil Murzyn.

One innovative solution that significantly accelerated production was the use of VR goggles to create the Shibuya skyscraper.

“It was not only great fun, but also a very effective solution. VR allows you to paint in 3D, without the limitations of a 2D canvas surface. It’s a very organic process and the use of this technology was groundbreaking for us. Spending 2-3 hours in VR goggles usually produced a set of functional concept art pieces,” Damian Nenow explained.

“The scale of this project was simply huge. We shot with a great team from Tokyo, with an agency and creative and production teams from London and Japan, and our directors and cinematographer from Poland. The logistics and production of the entire venture were simply stunning. This, in turn, provided a fantastic foundation for the end result,” Artur Zicz, executive producer, concluded.

The “VS Obsession” episode, featuring swimmer Liu Xiang, depicts the journey of the main character, in which an innocent selfie becomes an excuse to plunge into the world of social media.

“It’s a very emotional and personal story. Liu Xiang’s journey takes her through joy, curiosity, irritation, sadness, and terror, before she finally finds and embraces her inner strength. The story had to be clear and understandable, so we spent a lot of time working on conveying her emotions accurately. We also wanted the environment itself to tell the story, so we worked with symbols and metaphors that communicate emotions on a deeper level,” director Bartek Kik explained.

The faithful reproduction of facial expressions and their use in conveying emotions is always a challenge for animation artists. We  wanted Liu Xiang to look as lifelike as possible, and keep the swimmer’s real-life build, with only minimal stylization applied. Work on the animation continued almost until the very end of production.

“Creating a realistic human figure always requires a lot of careful attention, especially when it comes to a world-record holder whose face is widely known. Refining the character model to make it both recognizable but still stylized took a really long time. As far as her facial expressions go, we needed to collect as much reference material as possible on the real Liu Xiang, so that our animators could make her digital version ‘behave’ convincingly,” commented art director, Łukasz Nowicki.

“Global campaigns require the involvement of many people, which is why in this case proper communication between the client and the creative and production teams scattered around the world was so important,” said Justyna Supernak, CG producer. “It was a very ambitious project and I am glad that we could have been a part of it.” 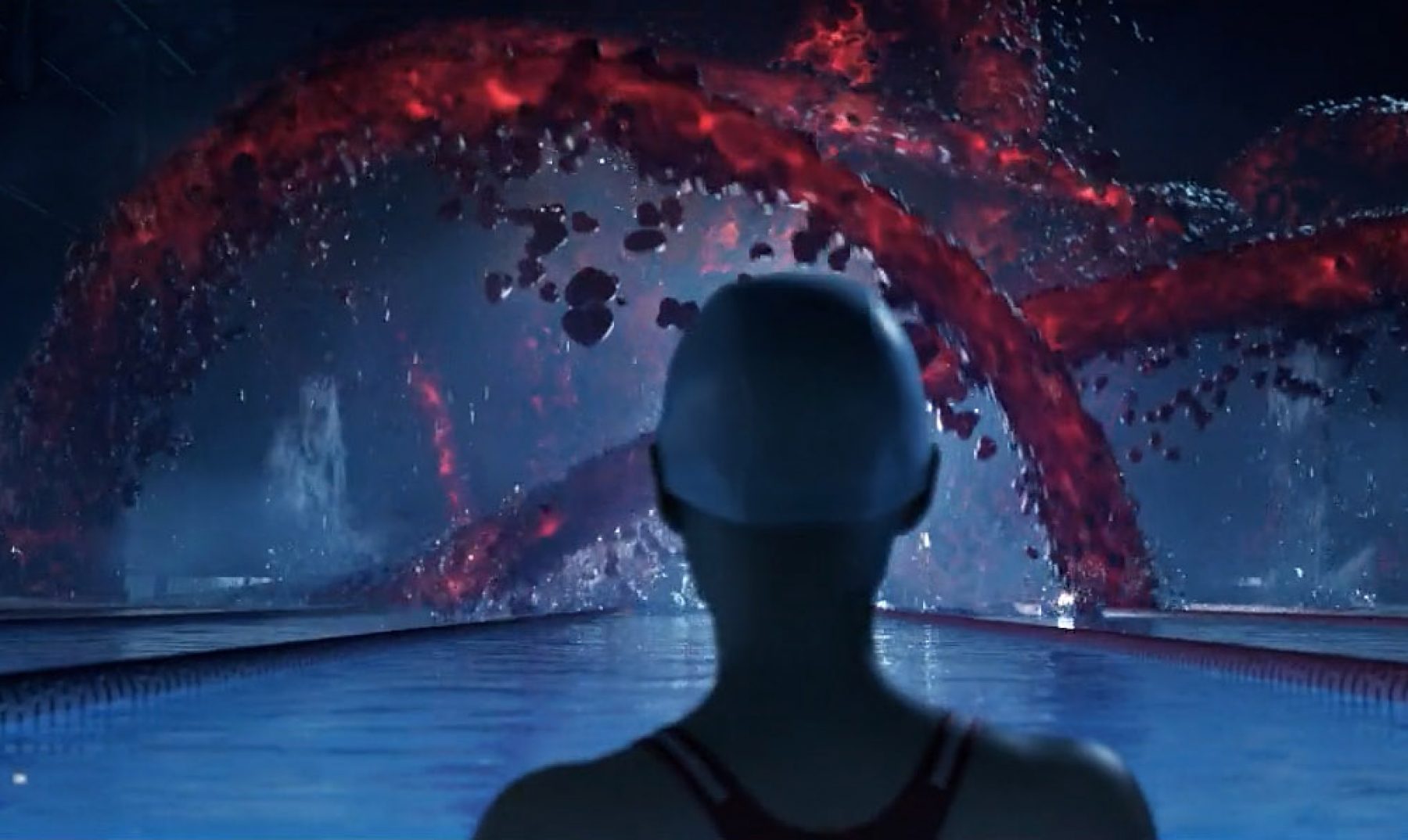 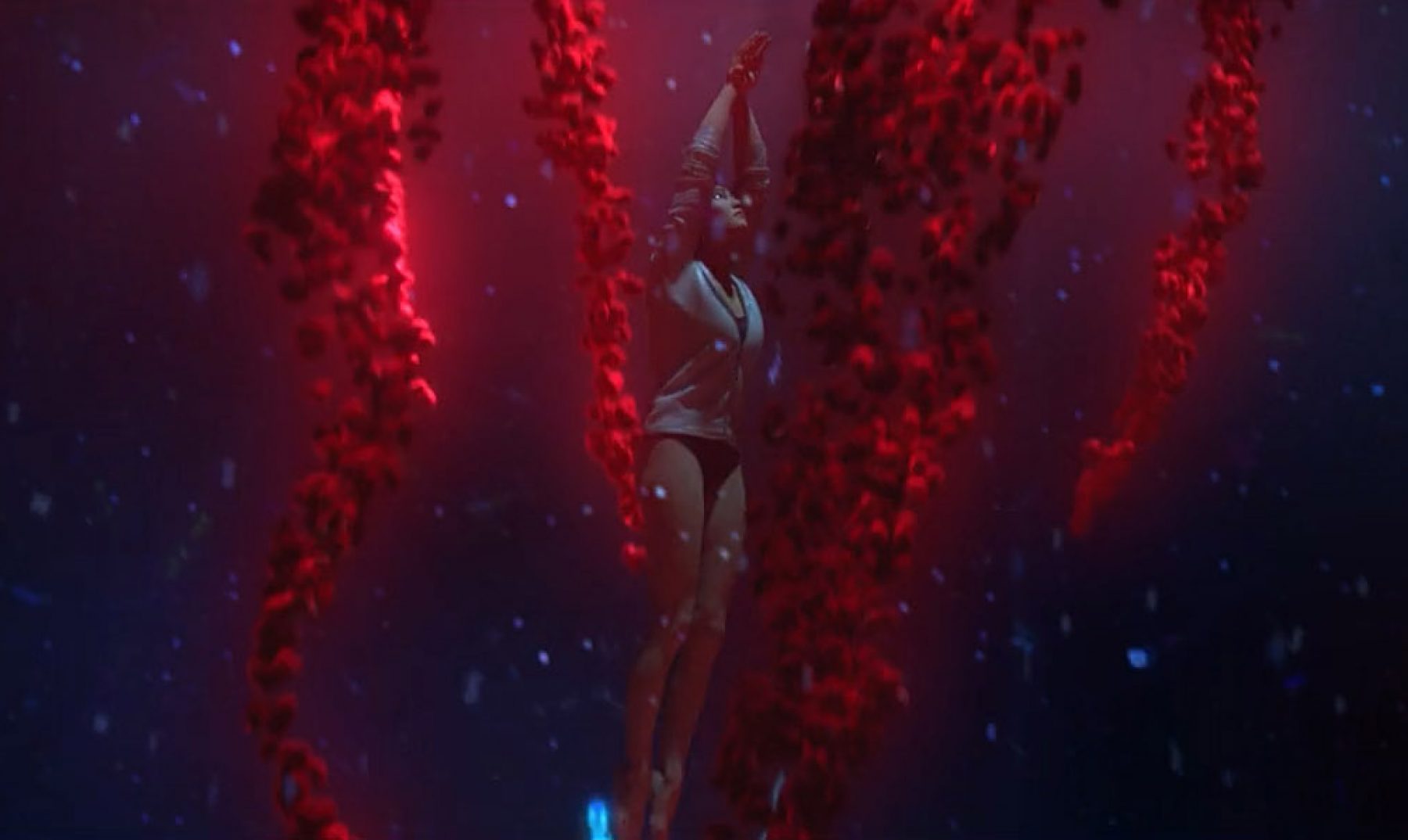 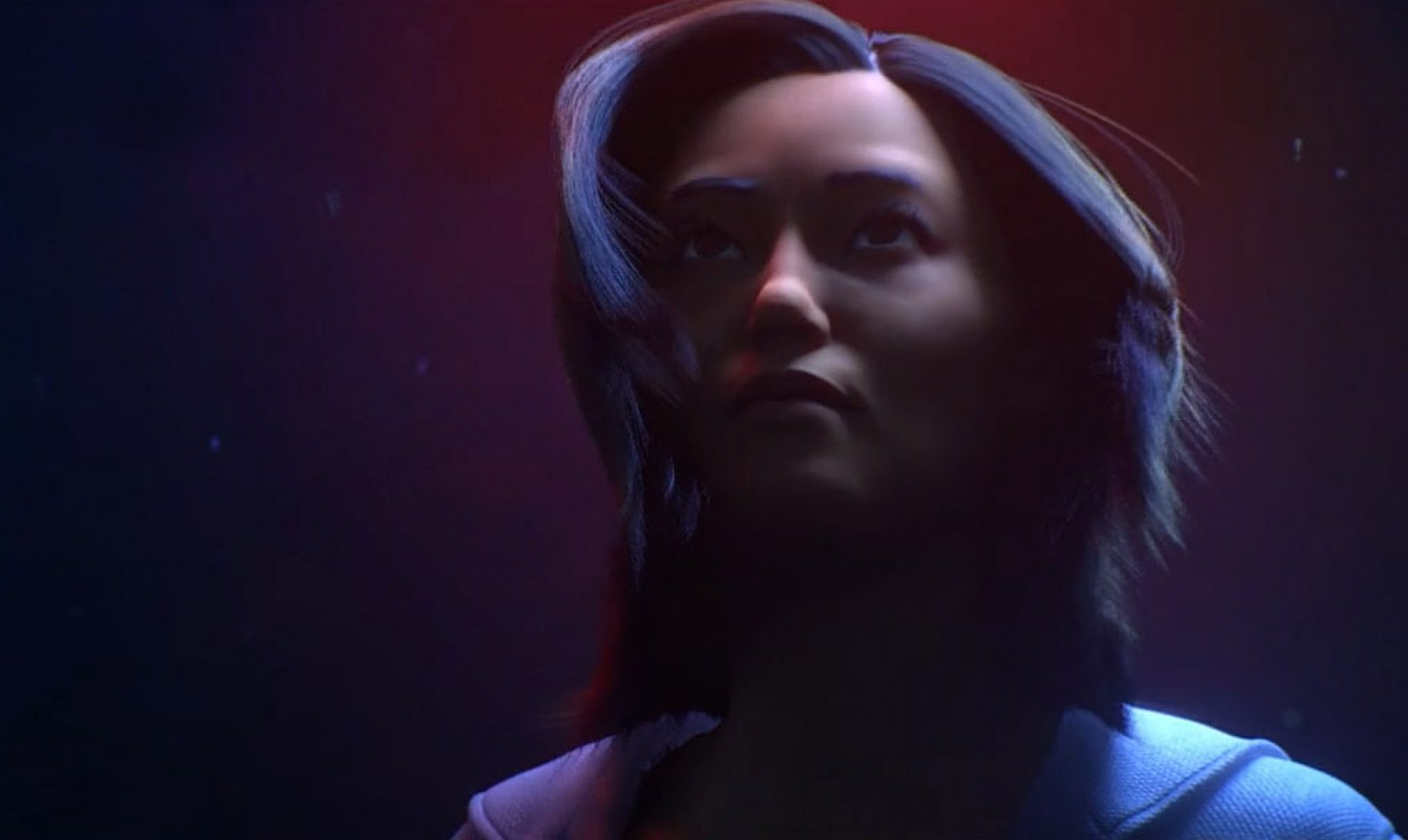 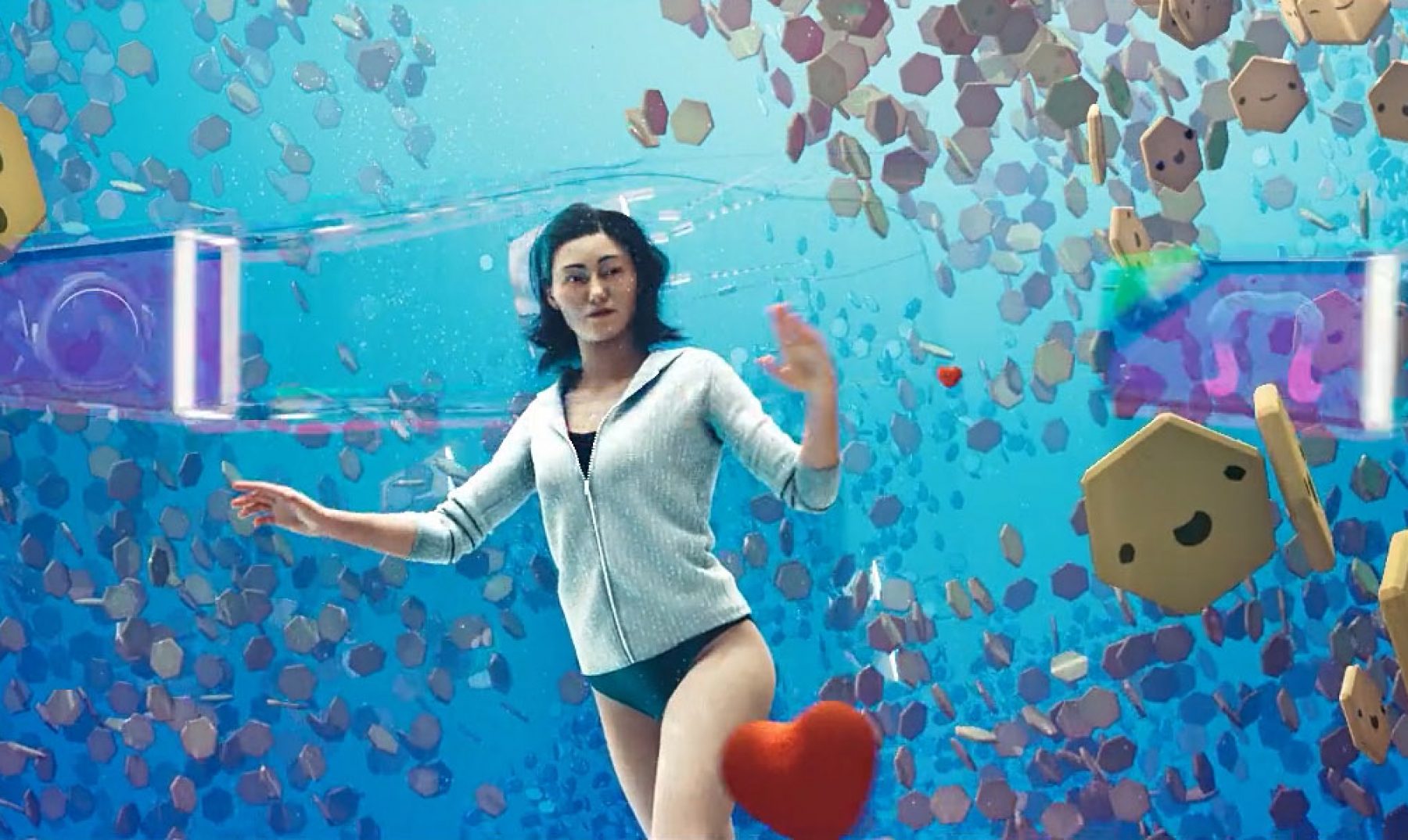 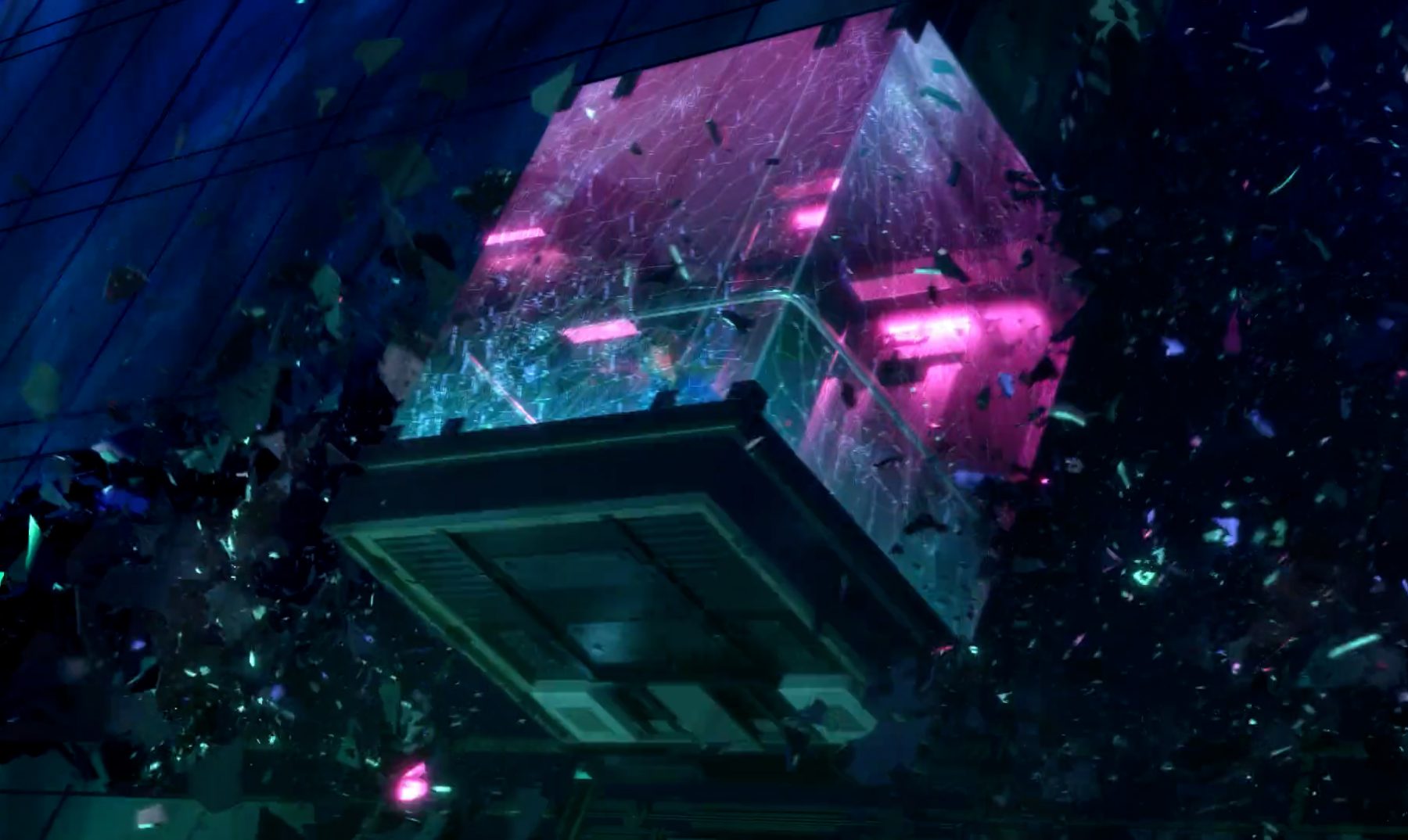 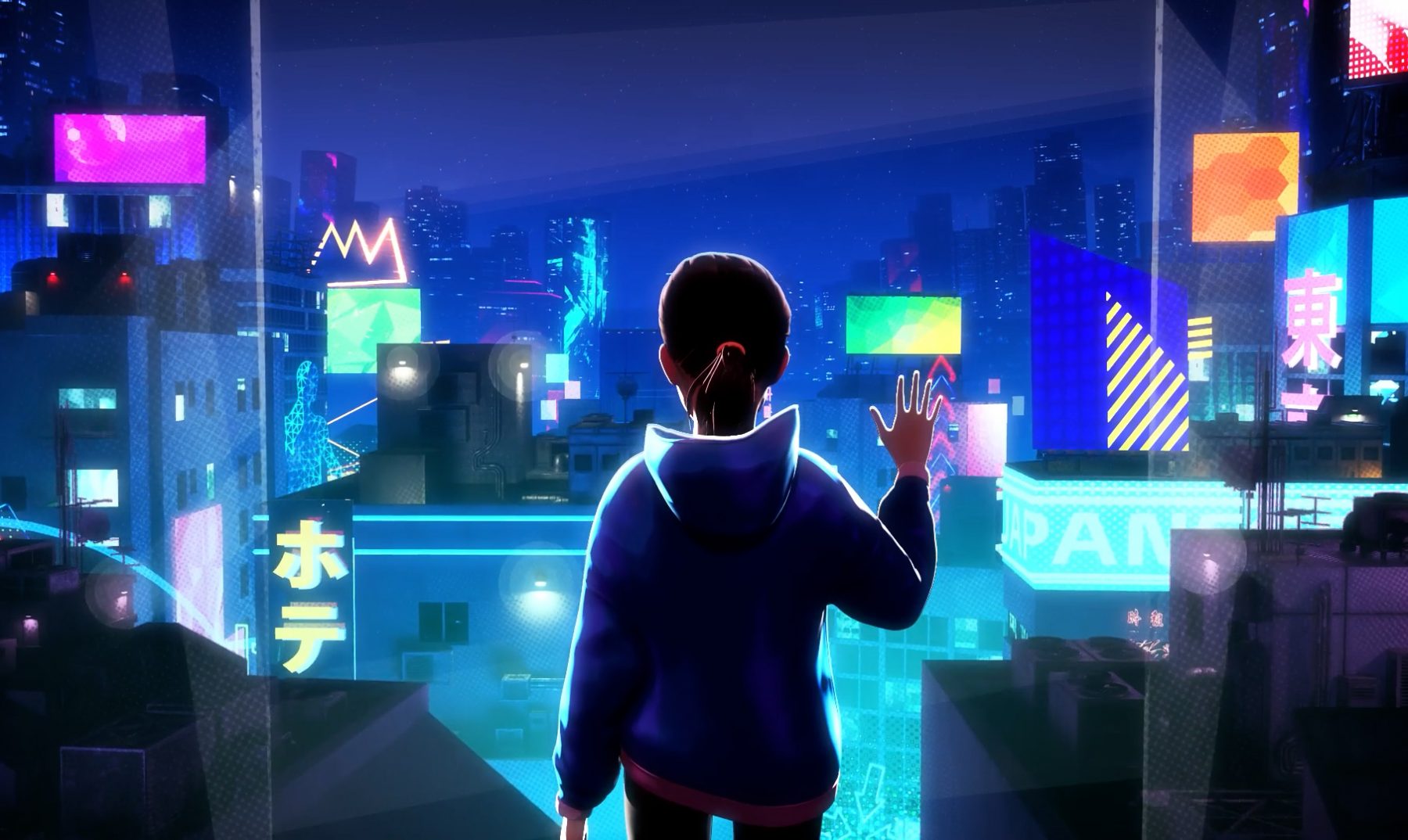 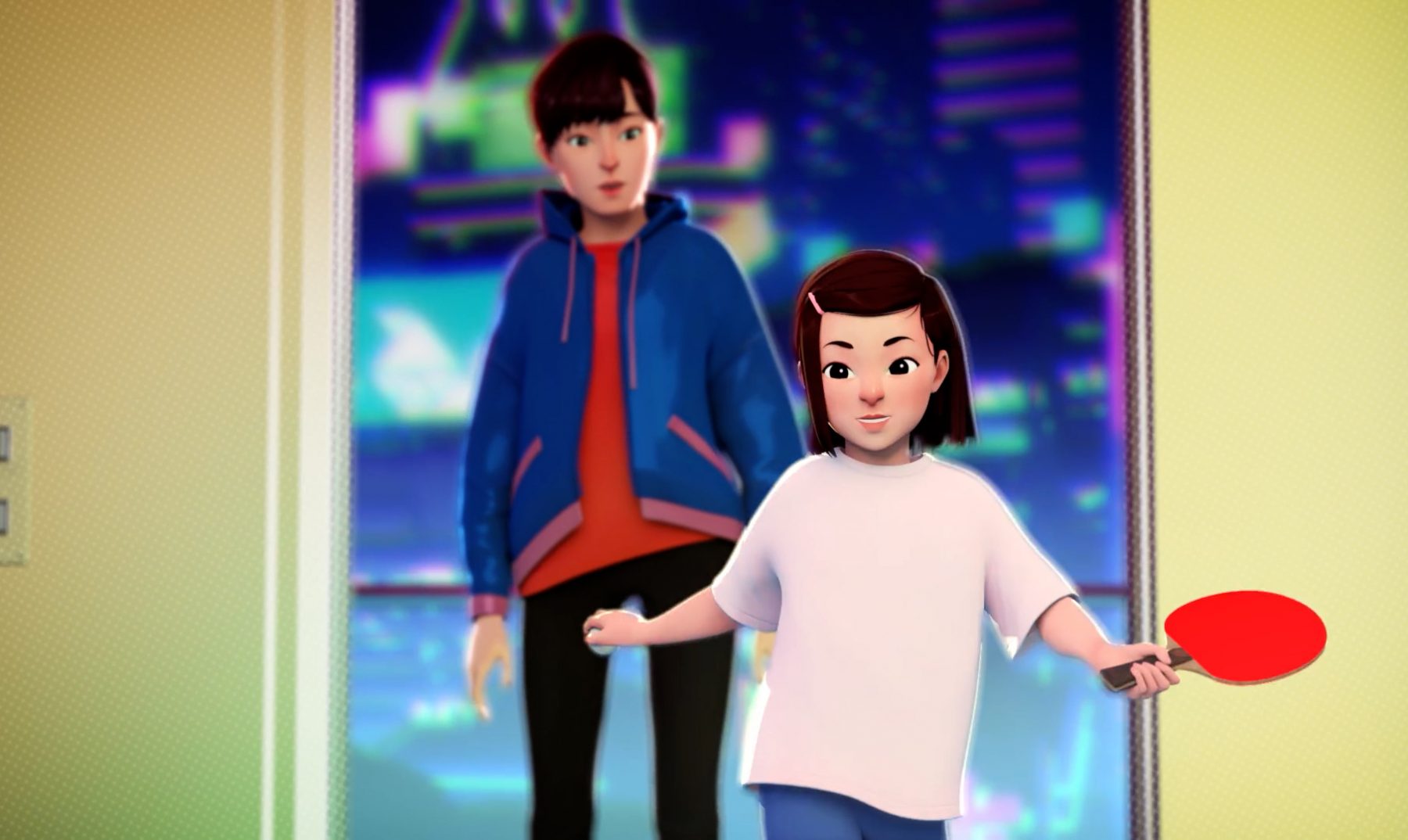 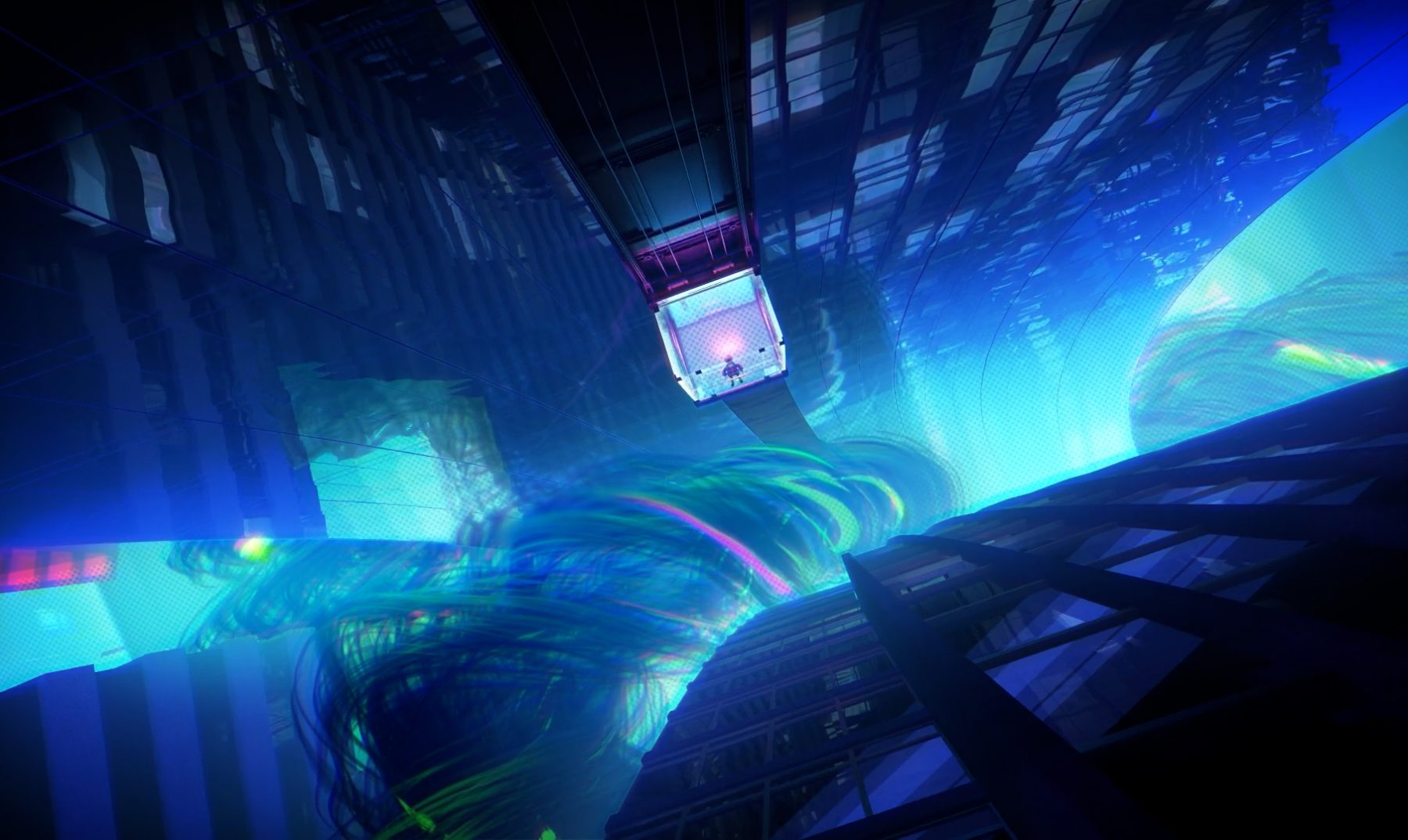 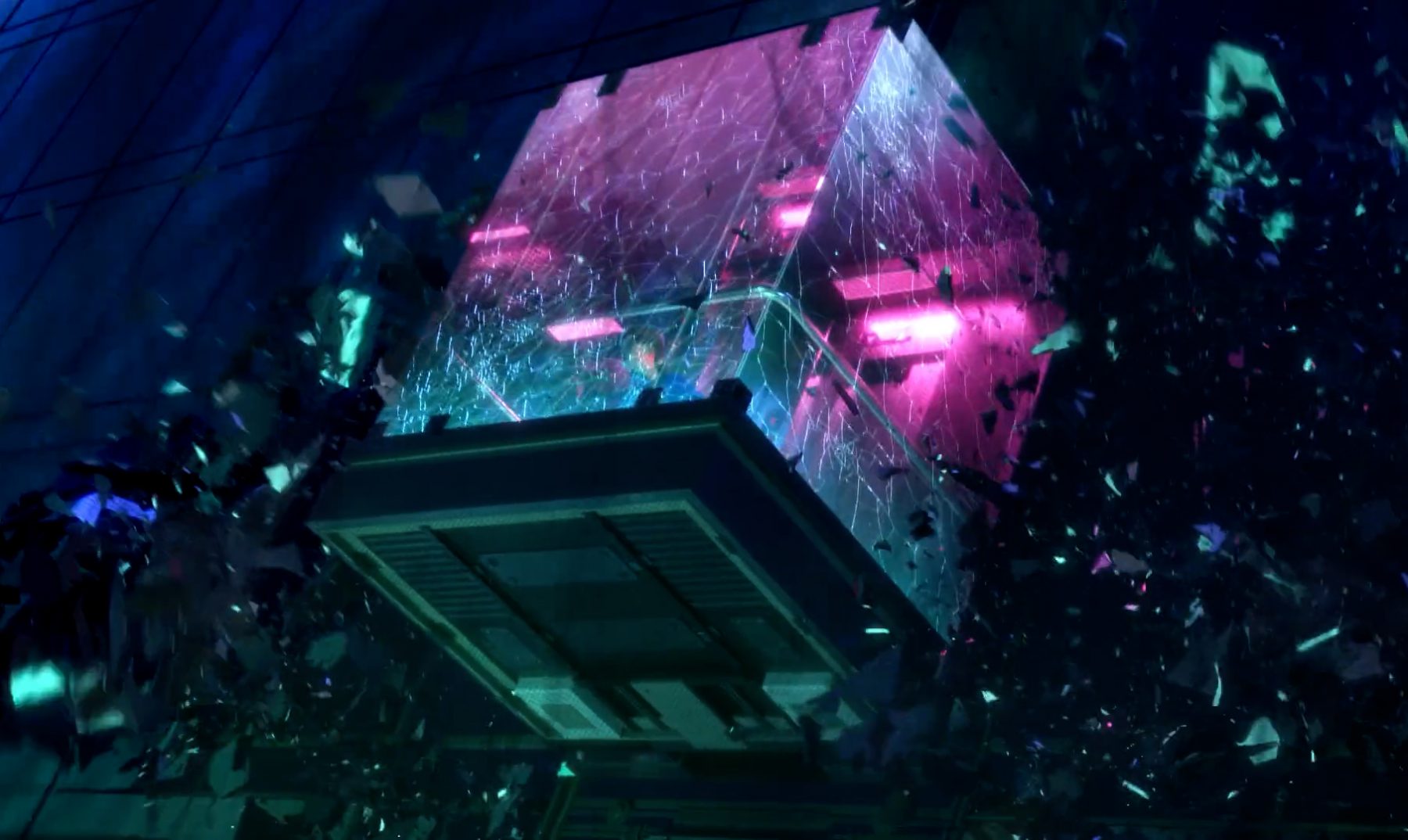 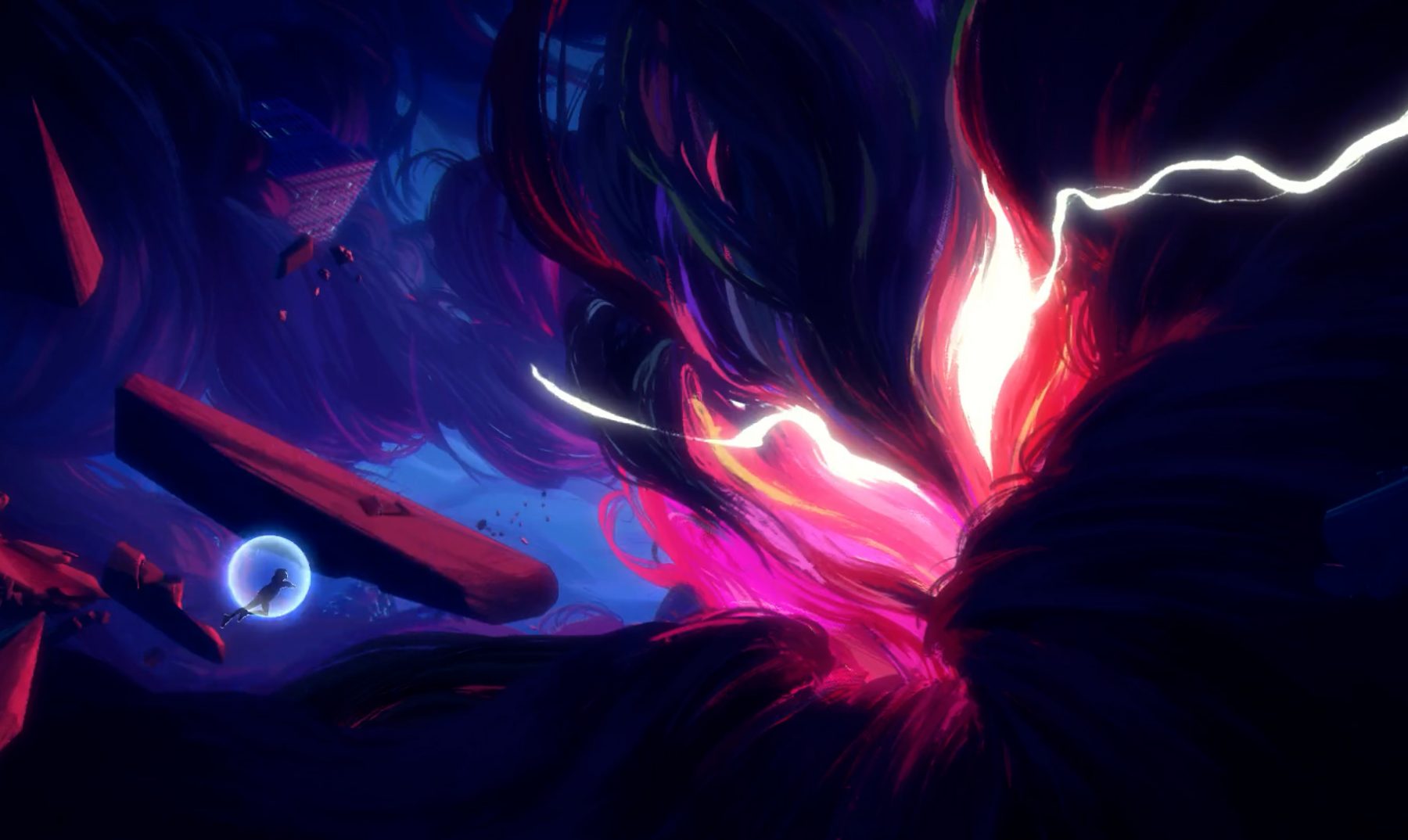