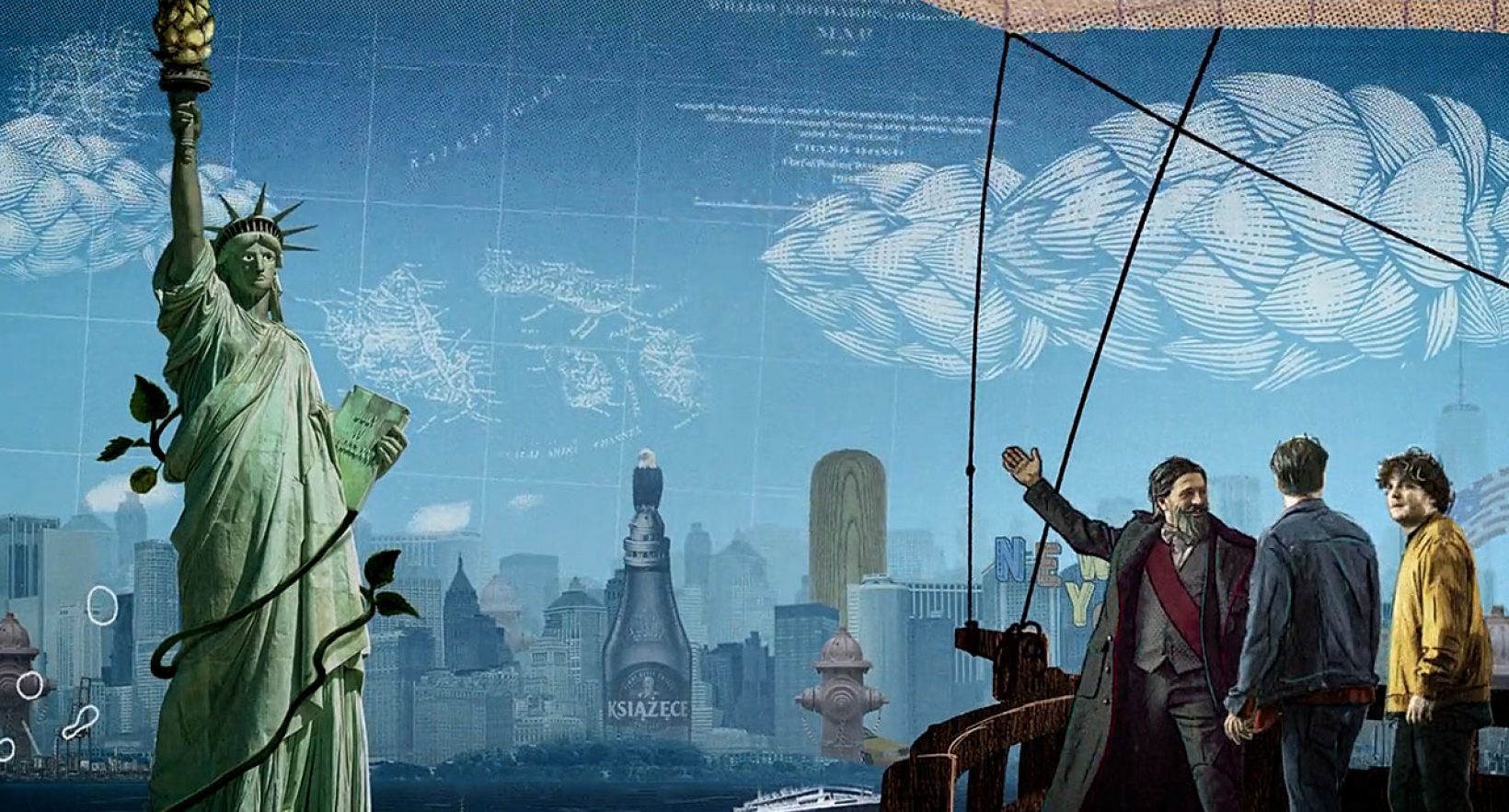 We collaborated with Brosfx to invite you to partake in an animated journey around the world of various Książęce beers.

The Brosfx studio was responsible for scene design, animation, and post-production, while we coordinated creative and technical actions between the studios and artists, and supported communication both at the pre-production and production stages, as well as in numerous R&D processes. The artists’ task was to present an original, modern collage and merge many animation styles into one piece. Work on the project was distributed between teams responsible for the design, 2D and 3D animation, and compositing. The cinematography was produced by Dynamo Film studio, and the film was directed by Marcin Filipek.

“The visual language developed for the new Książęce spots is what we have been looking for for a long time. The introduction of a graphic Prince and a collage-like vision of the world’s beer styles will help the brand stand out and remain consistent in every aspect of contact with the consumer.” – explains Maciej Kuś brand manager at Książęce.

“I wanted the new spot for Książęce beer to be an amazing adventure for viewers through conventions and styles, both flavourful and animated. By combining different techniques and styles into one narrative whole, we achieved the desired effect and additionally managed to give the word “collage” a completely new meaning. Although it was originally an animation and collage project, while working on the film it was also very important to develop the actor’s performance at the highest level. That’s why we paid a lot of attention to working with actors, to show the charisma of the Prince, but also the nature of the other characters. I knew that the way the actors brought the characters to life on set would have an impact on the animation work, ultimately contributing to the final effect.” – comments Marcin Filipek.

“All the elements visible on the screen are the result of a long cooperation and a mass of creative decisions on each side. Despite the baroque richness, numerous decisions were made about each element, often down to the smallest details. Every presence of a bottle, drink, or even a reference to a beer glass in the form of an airship is precisely planned and worked out, down to the smallest detail. Here, another huge credit goes to the Brosfx studio and their talent for composing a coherent world out of seemingly abstract elements.” – adds VFX supervisor Arek Arciszewski.

The most difficult and longest stage for the creators was working out the style and design for the new Książęce platform. In the end, we used a variety of animation techniques to emphasize the “collage” nature of the film. As a result, the spot contains elements of classic stop-motion animation, rotoscoping, 2D cutout, and subtle 3D animation.

“The idea to use many techniques appeared at the very beginning, but thanks to the courage of the director Marcin Filipek and Scholz and Friends Agency we managed to achieve the intended goal. The filmed characters were to enter the Prince’s world, where a visible transformation from the recorded characters into illustrative ones takes place. The detailed character of the Prince was designed by illustrator Bartosz Kosowski. The best results, which brought us closer to the illustration’s look, were achieved through hand-made stop-motion animation and rotoscoping. The next stage was to refine, polish and animate all the elements so that they form a consistent whole.” – comments Kuba Socha from the Brosfx studio.

“We also quickly realized that the footage is a guest in the world of college and must follow rules that are closer to traditional graphics than to cinematography. Light, shadow, and their space had to give way to factors such as the thickness of the line, the density of the pattern on the fabric. This is obvious with animation, which has its own rules. But starting a film in the live-action world, we automatically had to find other ways to integrate the two worlds and find a balance between them. It was a real challenge.” – adds Arek Arciszewski.

The result is a film that is visually very rich, but also coherent and multi-layered. The first time, the viewer will pay attention to the story, the second time to the set design, and the third time to other details.

“This is one of those projects about which one can certainly say “PROJECT – CHALLENGE”. On the one hand, cooperation with our regular, long-standing client, on the other – a talented and, at the same time, demanding director who knows the postproduction process very well” – sums up producer Kasia Kopczyńska. “On top of that, great script, and a joint creative process with the extremely talented team from Brosfx ensured a unique effect and a one-of-a-kind journey to the land of beautiful concepts, stylized frames, and sophisticated 2D and 3D animation.” 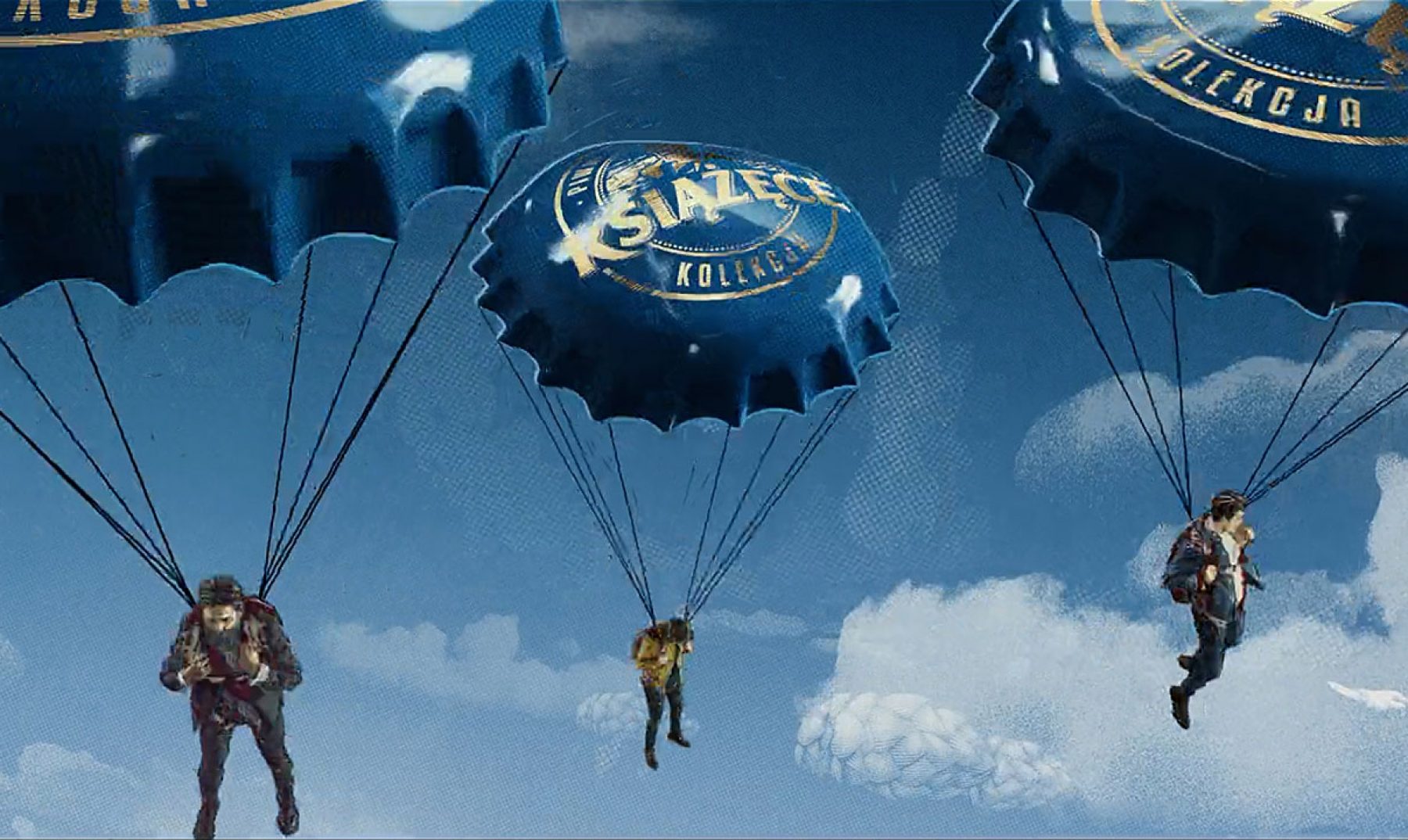 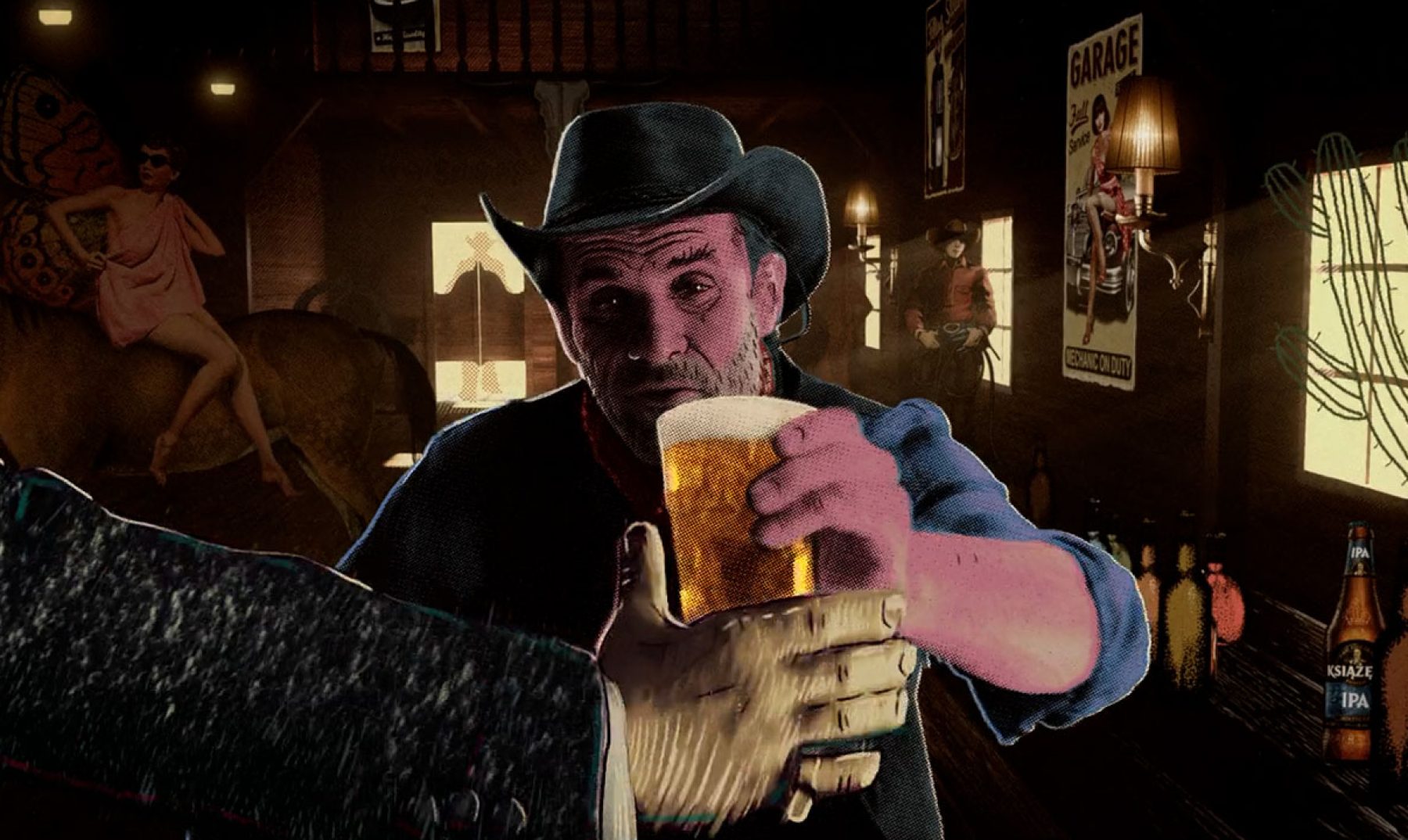 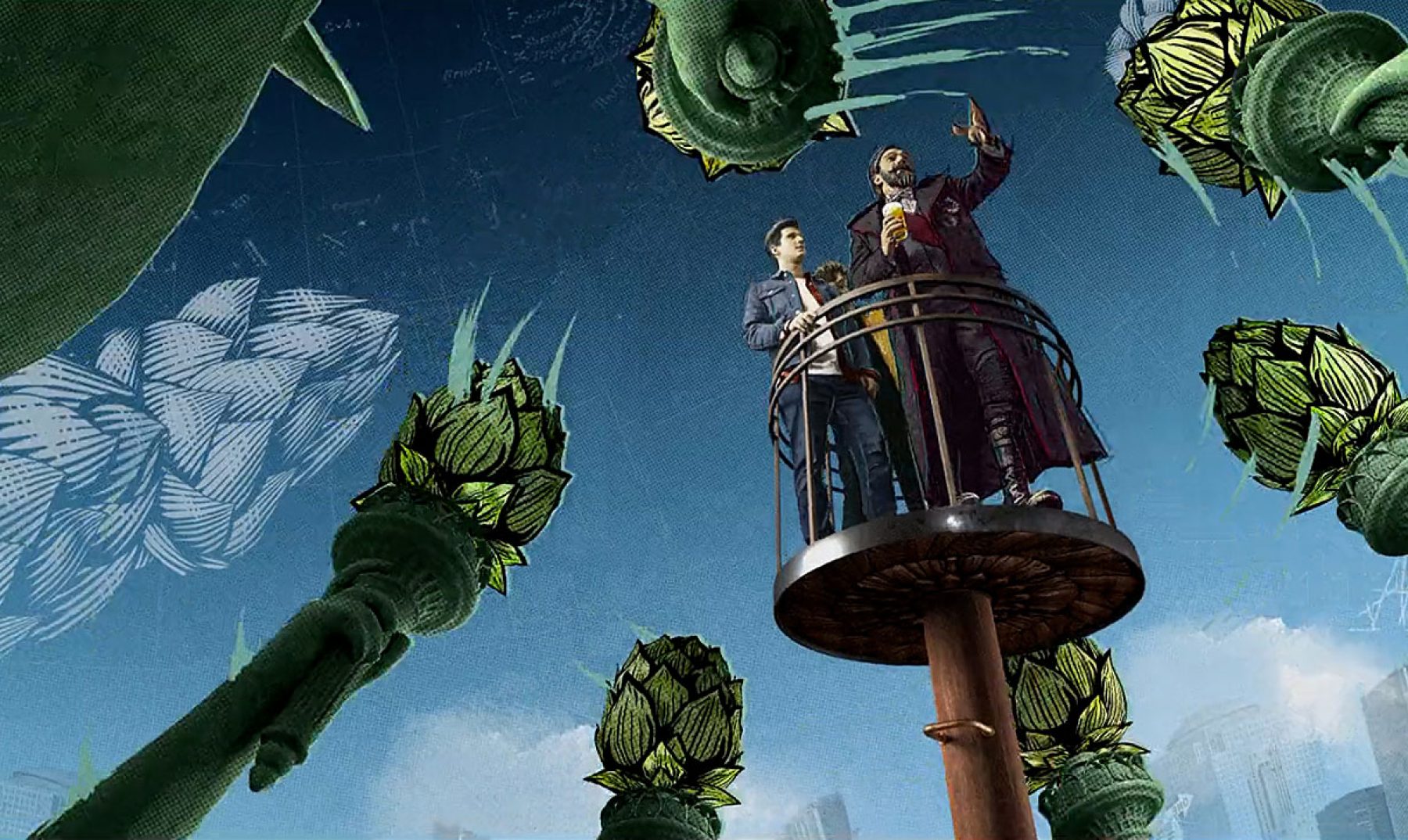 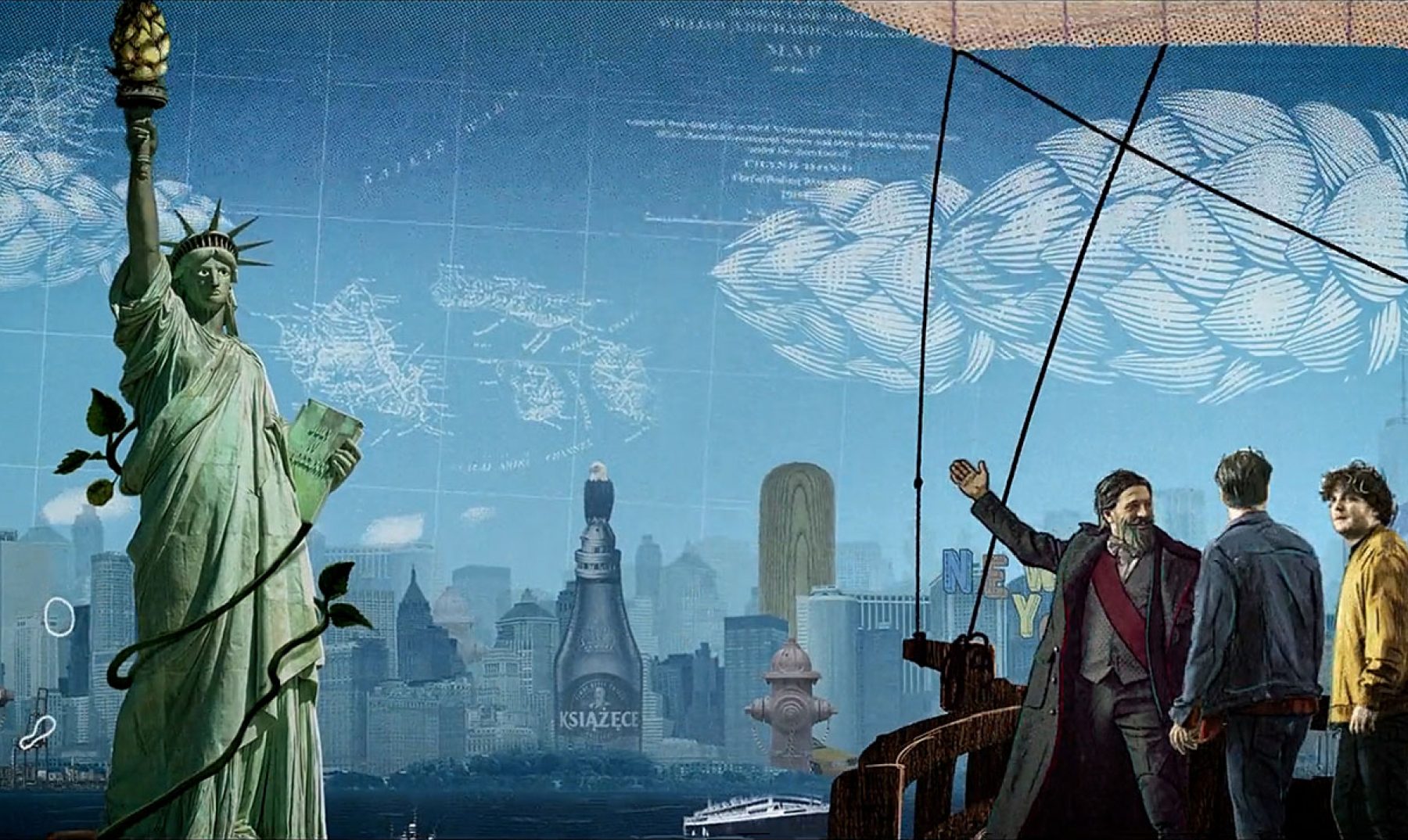 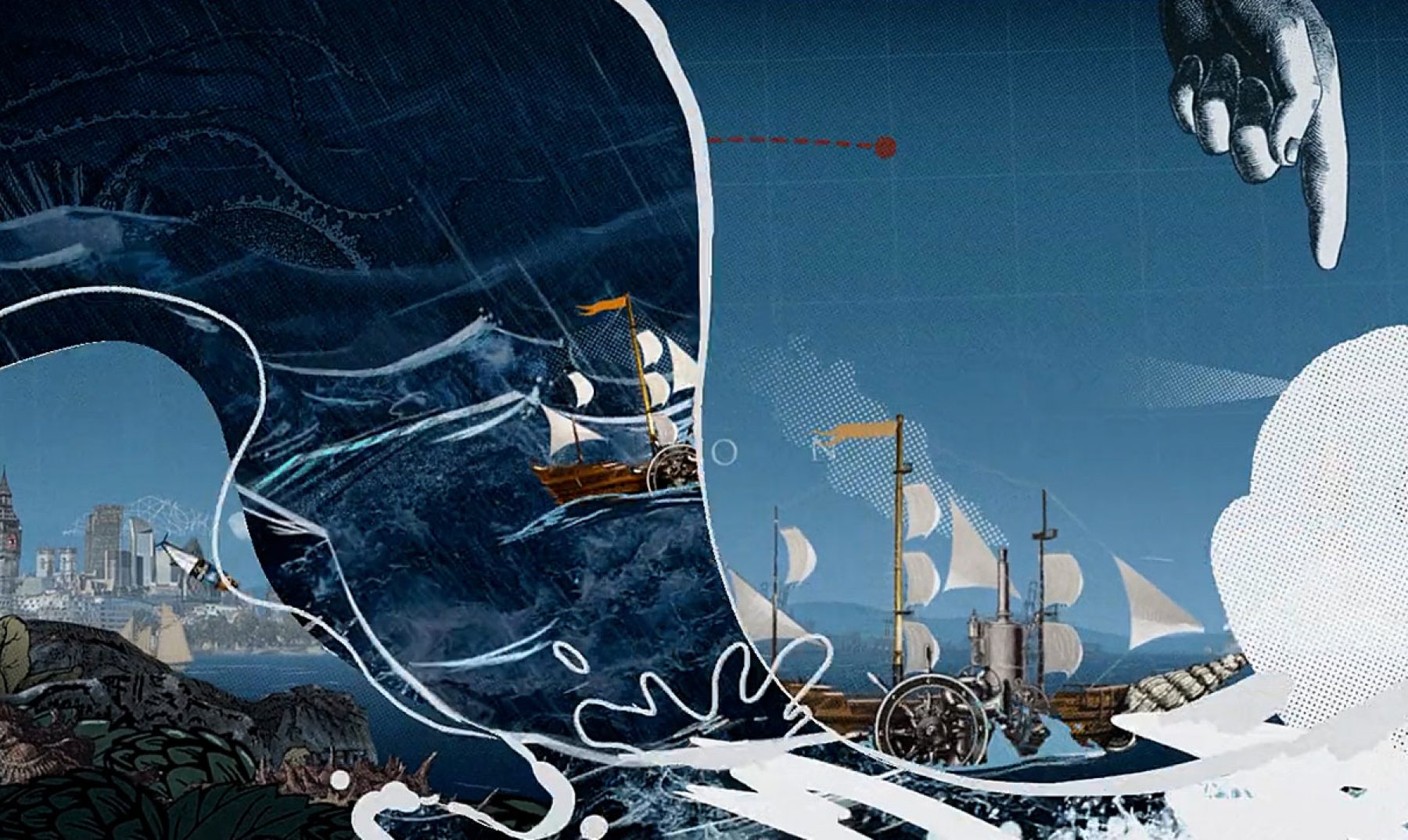 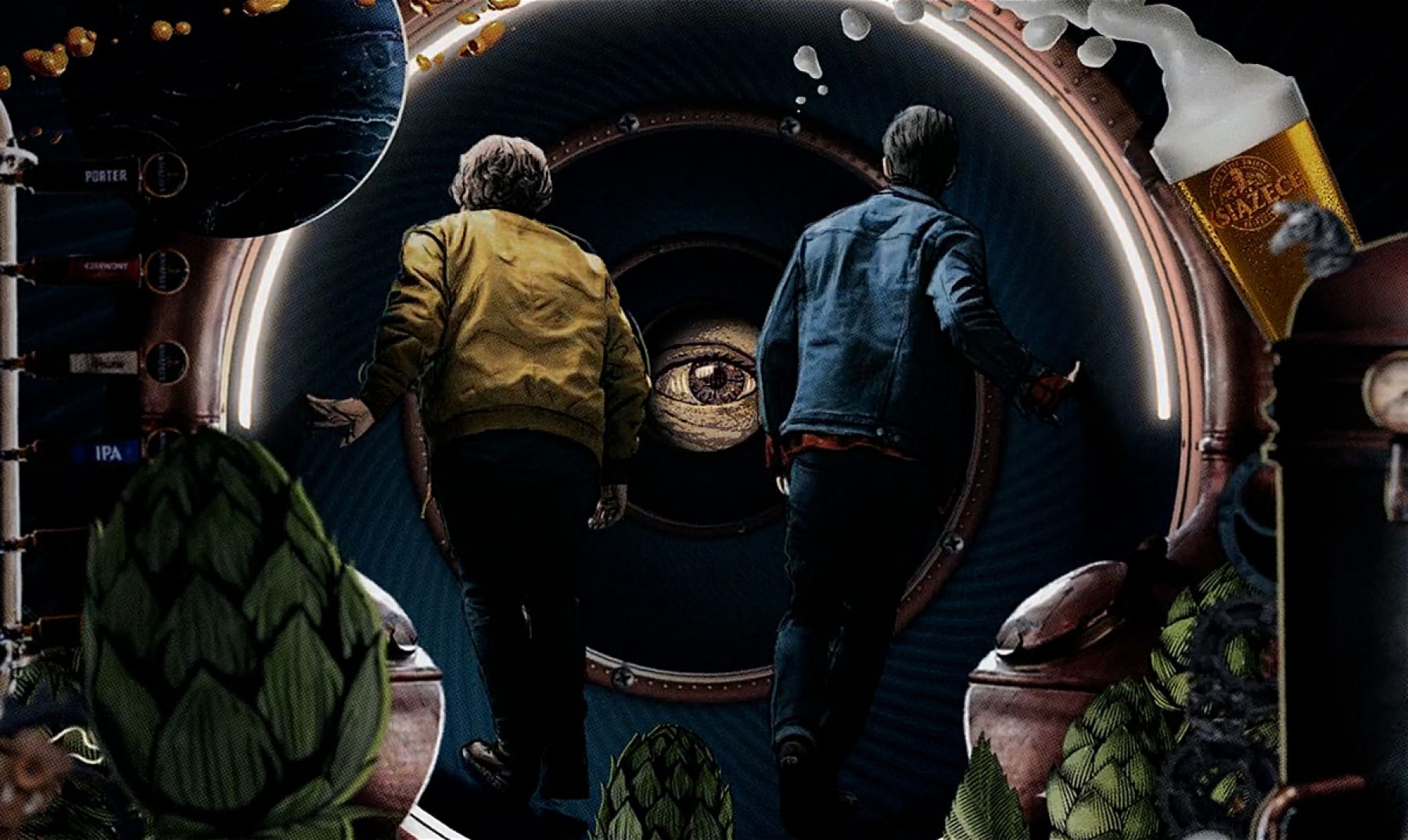 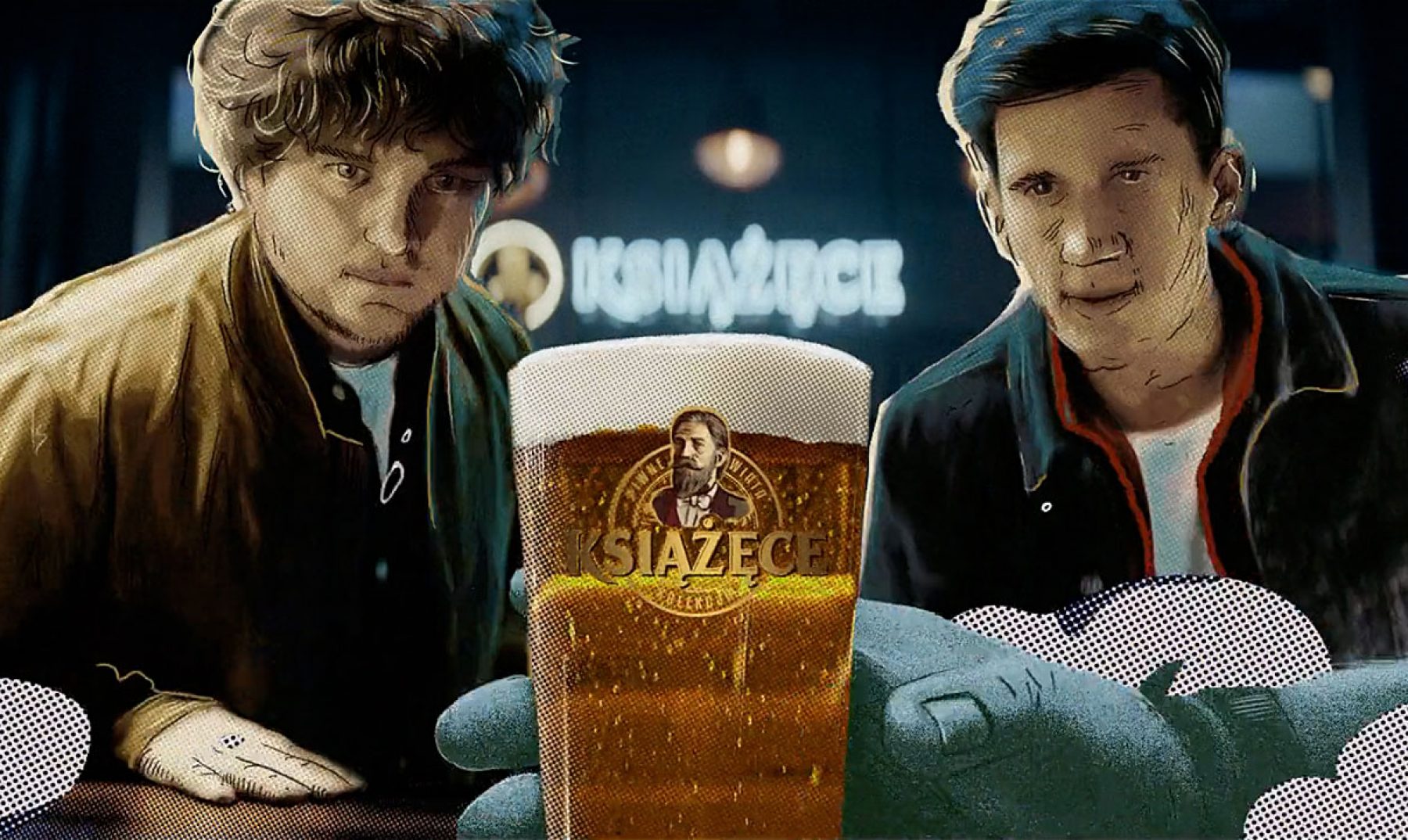