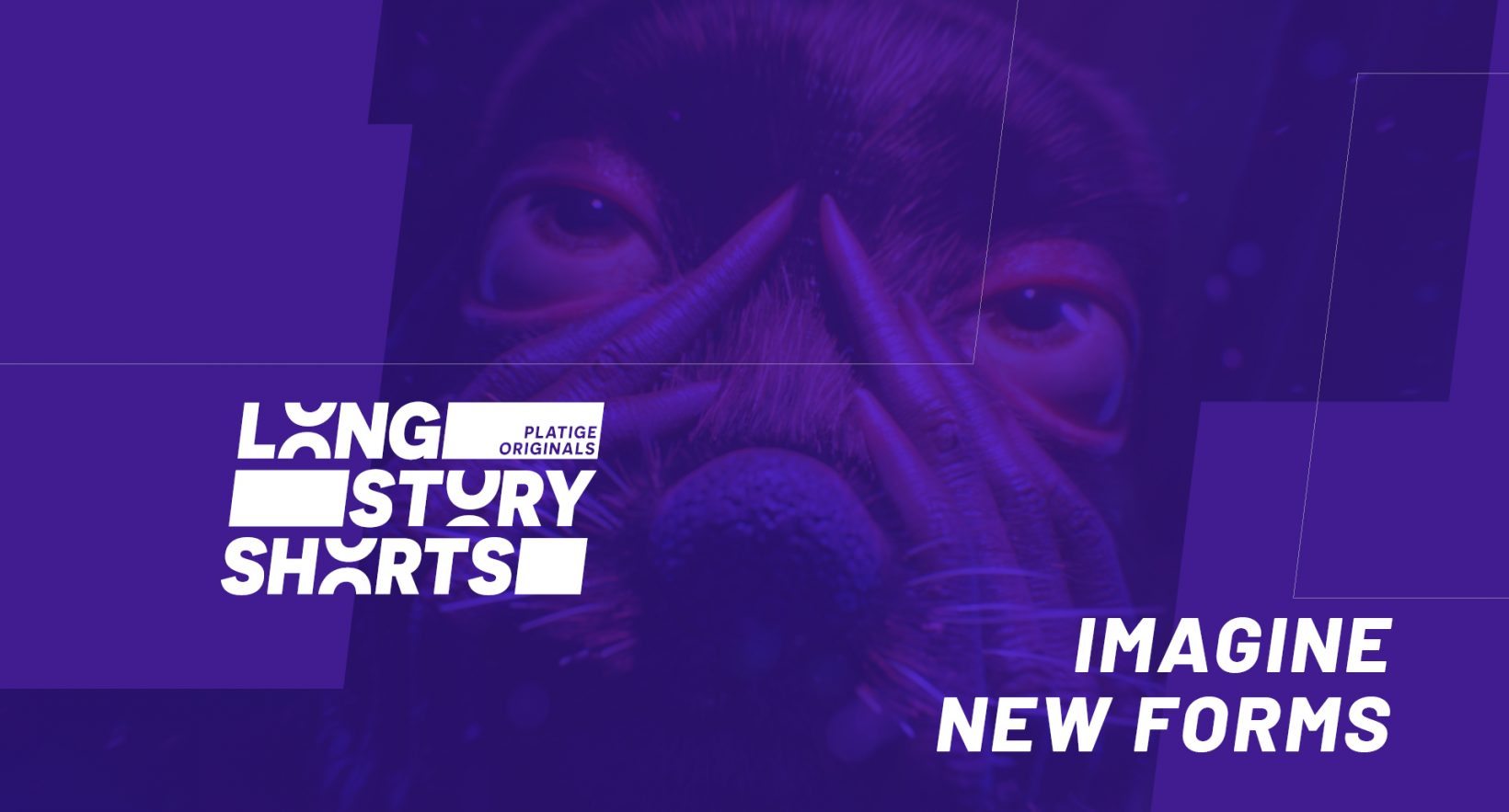 Imagine this: Lublin, Poland. The turn of the 20th and 21st centuries. An art school student meets his friend, who happened to bring an album with the paintings of Stanisław Ignacy Witkiewicz, a.k.a. Witkacy. It takes just a moment for the young man to get inspired. A new idea is born. An idea that will soon change his life. This young artist is Klaudiusz Wesołowski.

“Witkiewicz, with his strange art, inexplicable theory and interesting eccentric lifestyle, fascinated me in high school,” Klaudiusz admits. “His works hide many secrets, they aren’t simple and obvious. They leave you wanting more. I like getting this sensation of being lost and befuddled. Witkiewicz invokes it within me with every art form he practiced.”

After graduating from high school, Klaudiusz attends the Academy of Fine Arts in Warsaw. His fascination with the Polish painter fades, but never disappears completely. A passionate vision is still taking shape in the young artist’s mind. What if he brought Witkiewicz’s paintings to life—in 3D?

“I wanted to see Pure Form set in motion,” says Klaudiusz. “Rather than counting for someone else to make it happen, I got to work myself.”

Before we continue—what’s the theory of Pure Form? It was first formulated in Witkiewicz’s book New Forms in Painting and the Resulting Minsudernstandings. It says that the goal of art is to invoke a metaphysical sensation, unrest, and the sense of oddity of being. The substance doesn’t matter, only the form. Witkiewicz has expressed it best through his 1922 painting Composition. This was the perfect material to set in motion. 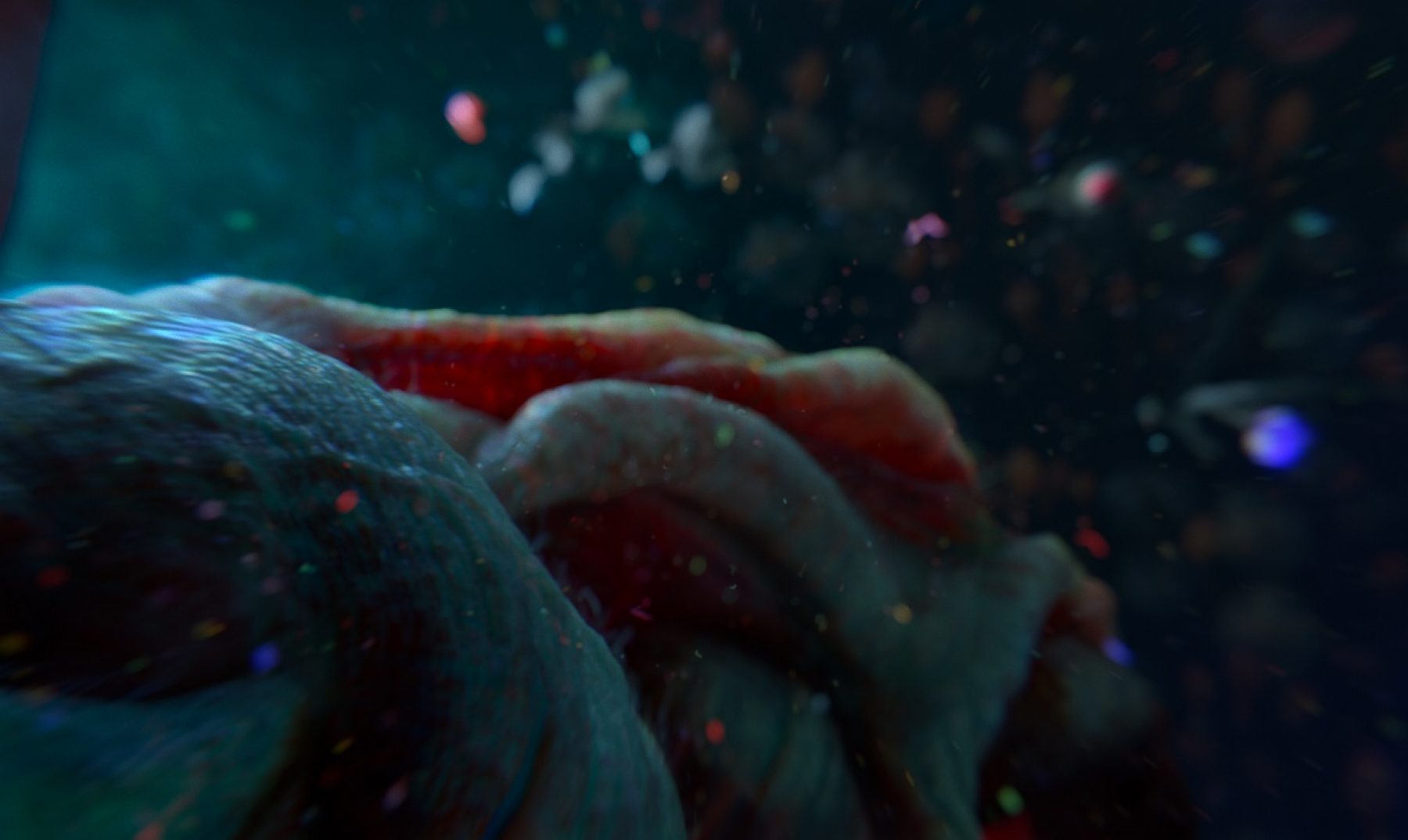 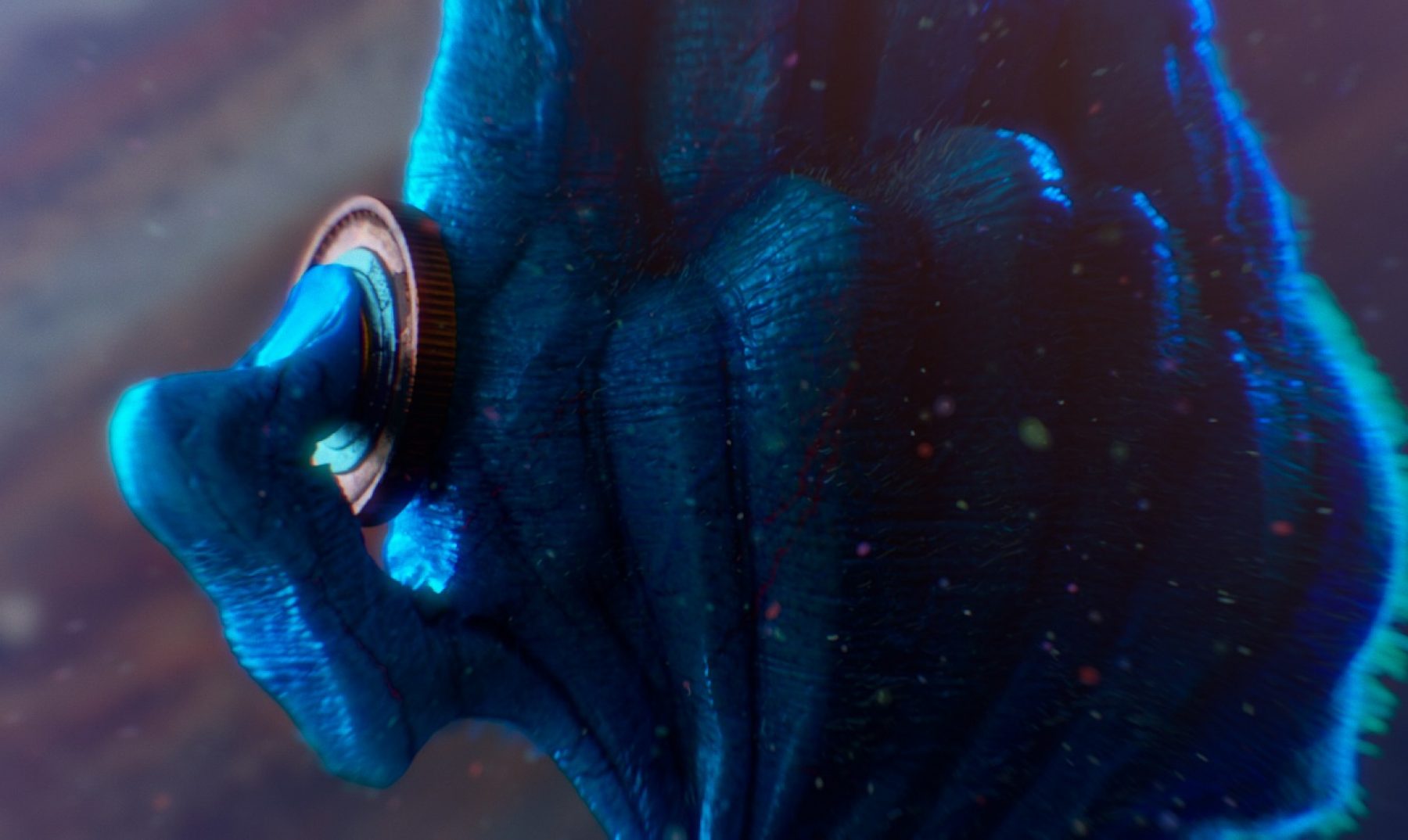 The idea to reinterpret Composition in another medium would be an ambitious one regardless of the period, but especially in the analogue age. At first, Klaudiusz considers using marionettes or sculptures, but he feels that this isn’t the right thing to do. Fortunately, it’s also when he gets to discover his next great passion.

“When I discovered computer animation, I realized that this is the perfect medium to put Pure Form in motion. No one has ever tried attempt it, and this made me want to try even more,” recalls Klaudiusz.

New technology allows the young artist to start the work on an animated film that will eventually become Miazmat.

The year is 2013. Klaudiusz is employed at Platige Image as a 3D modeler. After hours, he keeps working on his project. Day after day, frame after frame, he continues to animate Composition, which soon evolves into Witkacy’s Monsters. One minute long animation is shown at 2015’s Witkacy Pod Strzechy competition in Słupsk, Poland, where Klaudiusz takes the 2nd place.

This could’ve been the end of our story. Klaudiusz set Witkiewicz’s painting in motion. He doesn’t want fame. In his own words, he “hides behind his work.” However, the huge effort he put into his animation gets noticed by Marcin Kobylecki, a producer from Platige Image.

Soon, the decision is made: “This has a ton of potential, this has to be done in full swing!” Klaudiusz, who up to that point had been convinced he couldn’t successfully pitch this project to any commercial studio, now gets the chance to fully realize his vision. The work on Miazmat commences.

Creating a surrealist film, where the form is more important than the message, quickly proves a challenge.

“The hardest part was to contrast my idea for the movie with what I saw on the screen of my computer. Imagination is like a dream, where something may seem beautiful, but if you are to recreate it when you wake up, you suddenly can’t remember the details. The dissonance between how I imagined the animation and how it really looked made me want to constantly add things, improve or change them,” Klaudiusz recalls.

The production of Witkacy’s Monsters and Miazmat took six long years. Klaudiusz didn’t want to show an incomplete film—a film that didn’t satisfy himself. He polished every little detail.

“On any personal project where you don’t have a strict deadline, you are tempted to fix and change things to no end. Combining the duties of the writer, director and art director doesn’t encourage you to write down all your ideas as you would for a commercial animation. At first, this may seem alluring, but in the end, it generates problems. When new people join the production and you can’t show them a precise description of your vision, misunderstandings are bound to happen. It’s better to be safe than sorry and put every idea on paper. Although making such an experimental movie as Miazmat will force you to improvise anyway,” Klaudiusz admits. 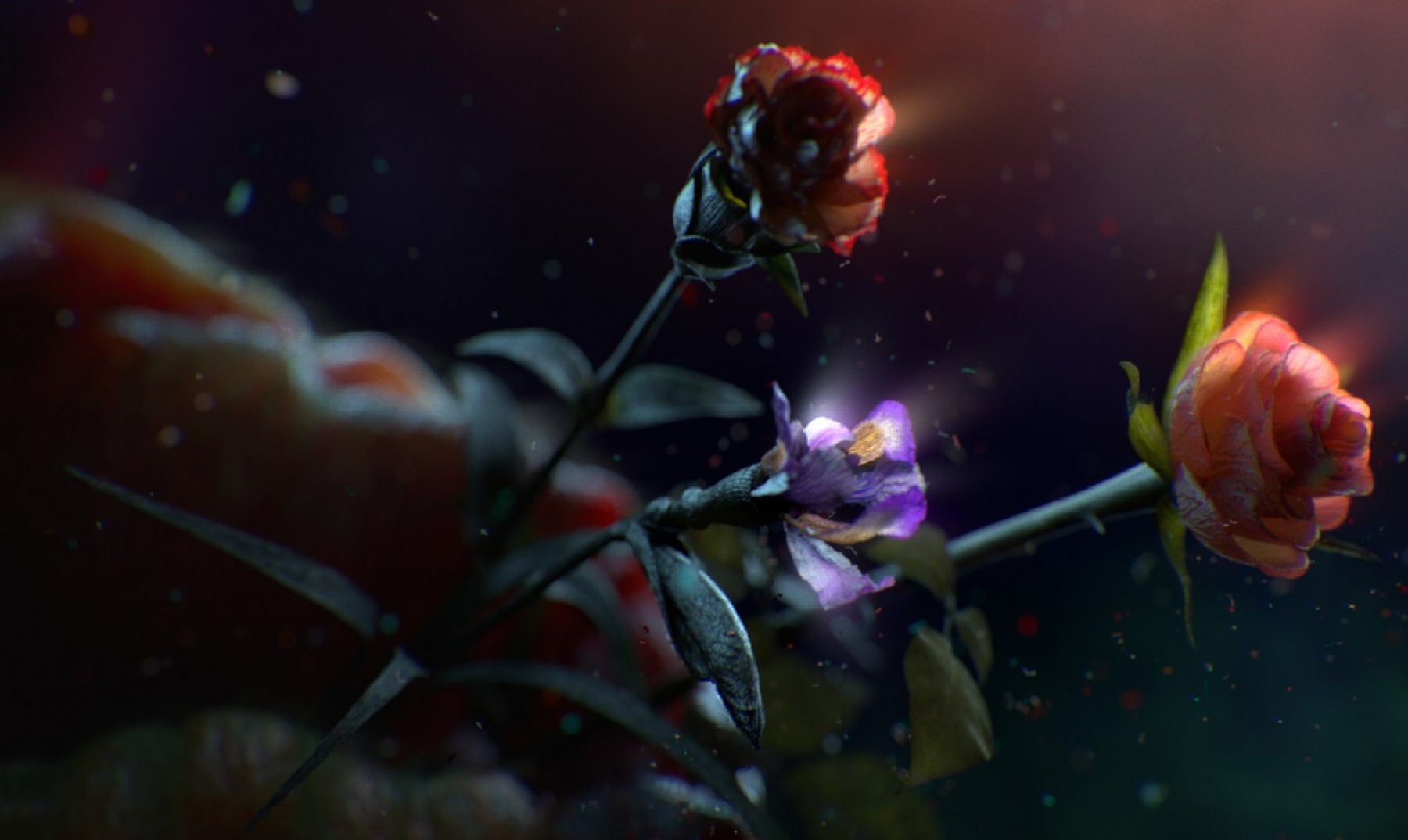 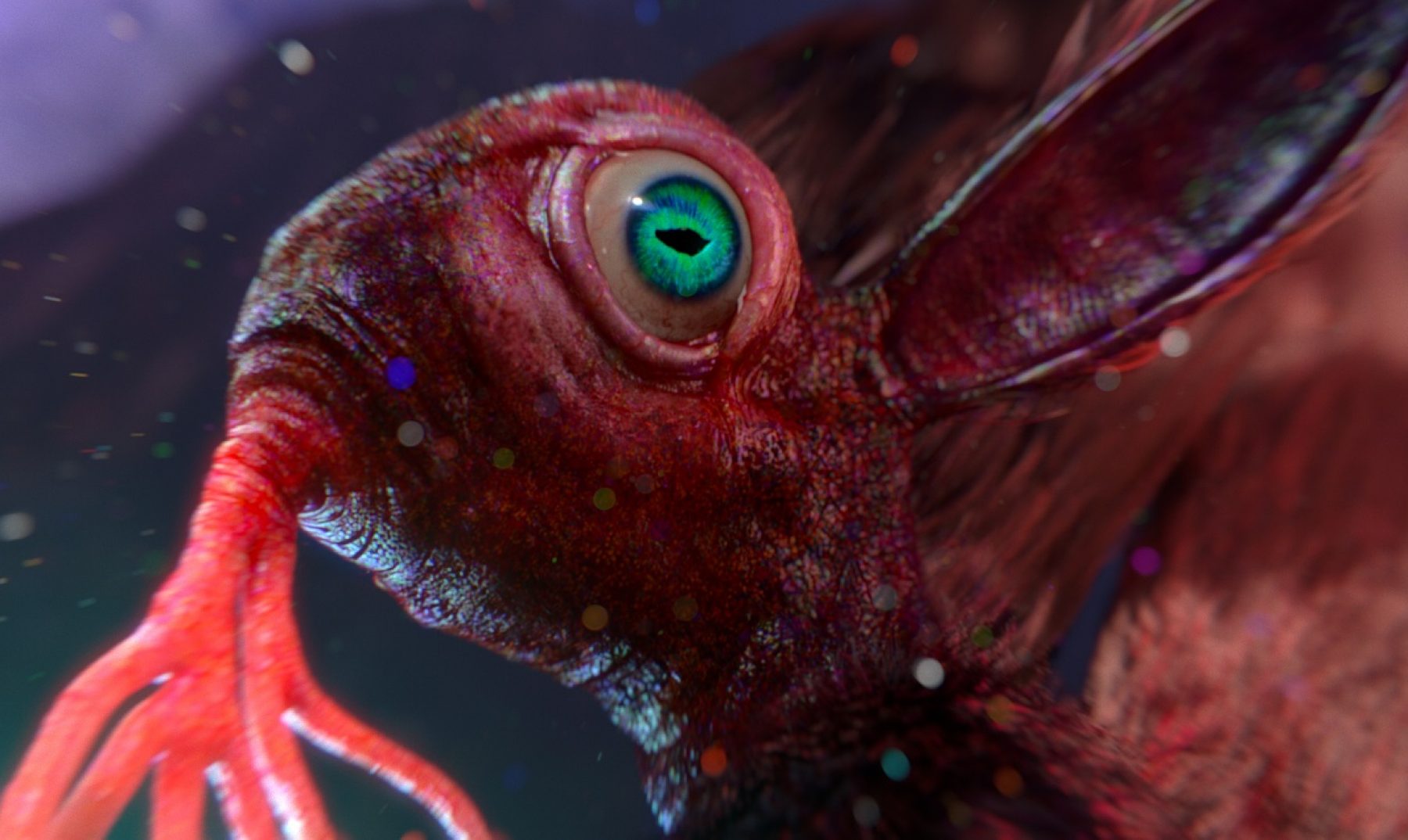 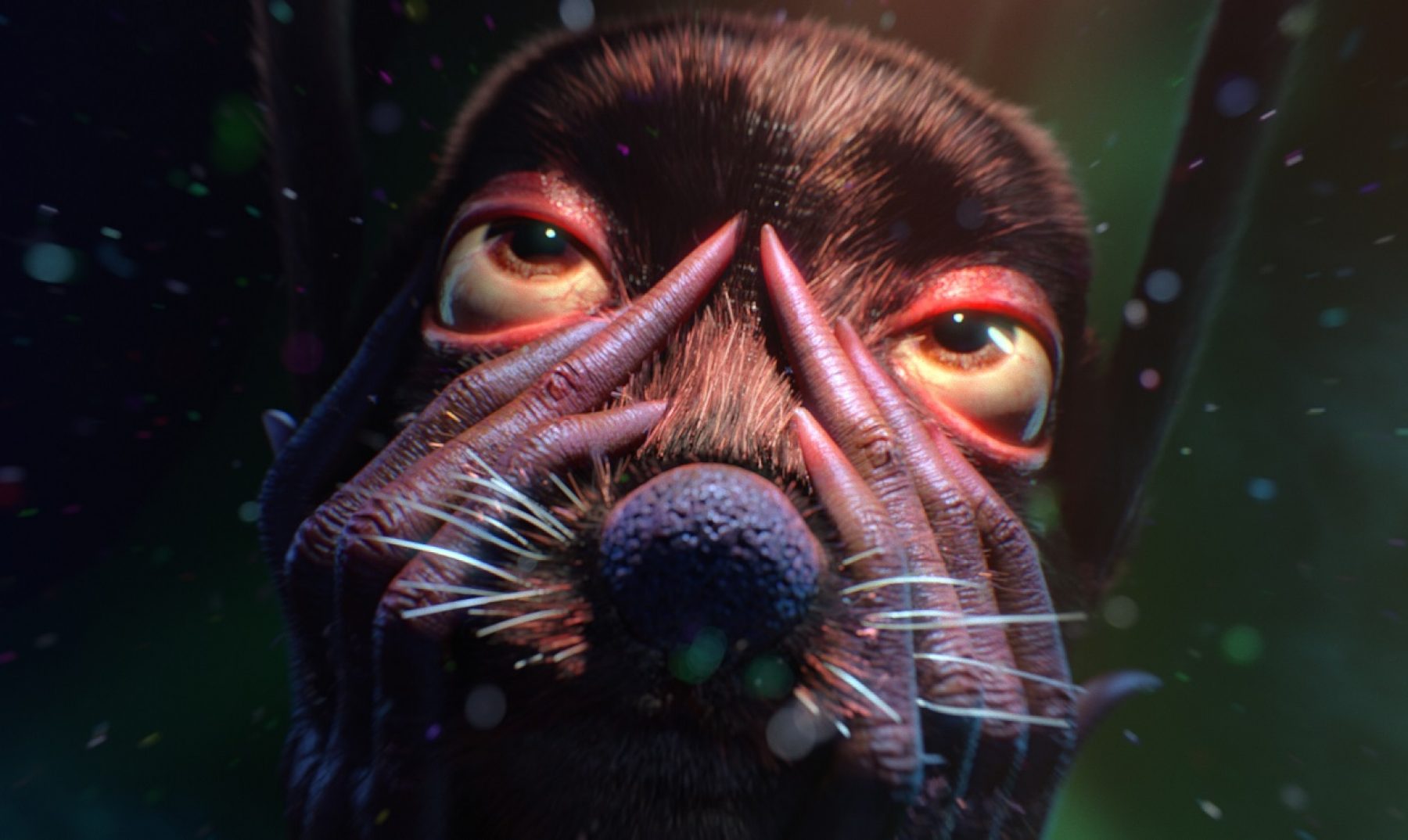 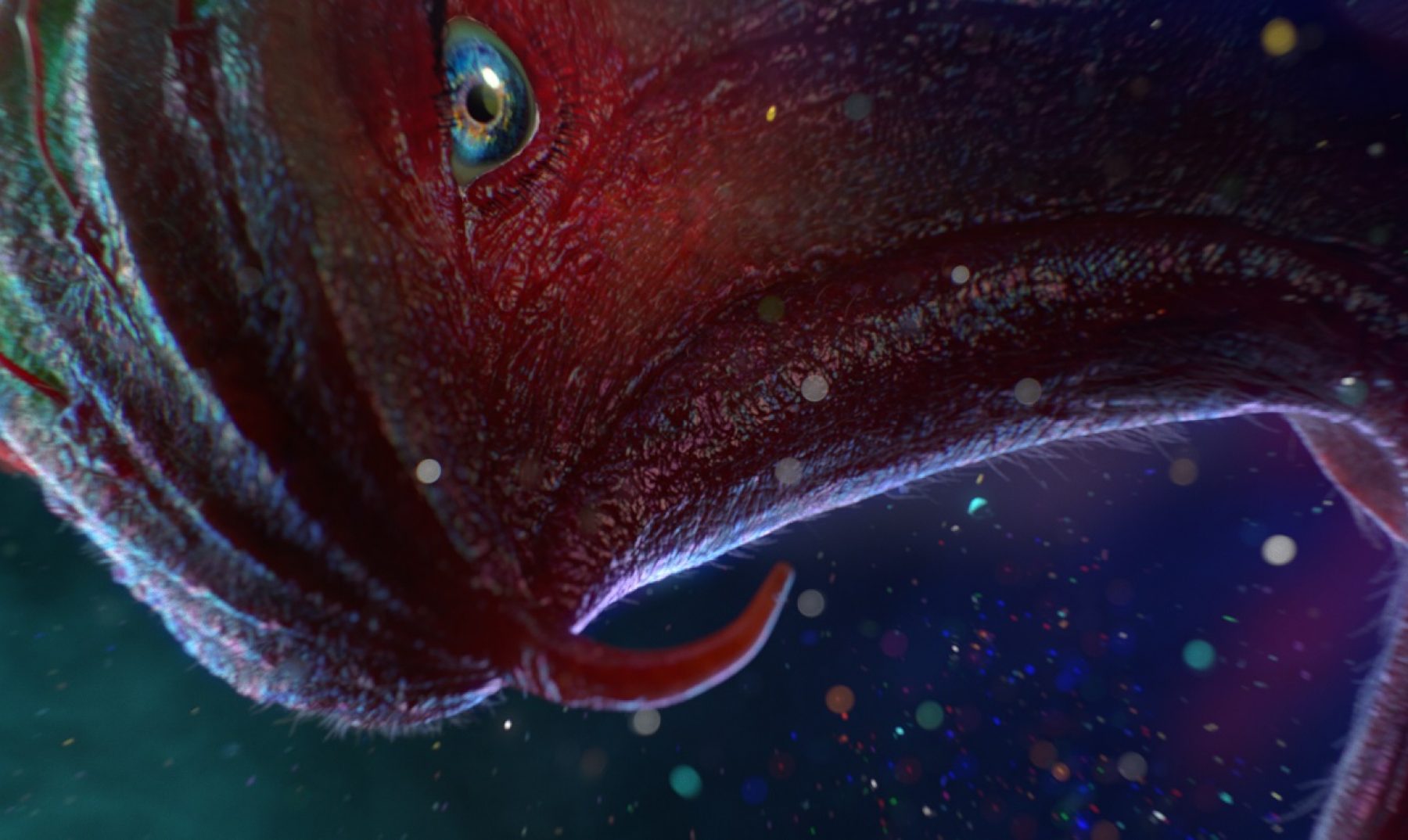 Creating realistic 3D objects is demanding and time-consuming. In the case of Miazmat, the translucent iceberg was one of the hardest objects to realize. Generating a single frame of animation for the final version of the film took several hours. The mountain is seen in a couple of hundreds frames, so you can imagine how long it would take to render them if Klaudiusz used only one computer. Instead, he used 150 computers available in Platige Image, finishing the sequence within a week.

“I wanted the materials and light to act in a realistic manner, and this has cost me a lot of time and effort. Making translucent skin or transparencies, adding fuzz or fur, has extended the production by months, maybe even years.”

Eventually, the work on Miazmat gets finished. After years of struggling with Pure Form, Platige’s artists, with Klaudiusz leading the way, win the battle and create an unsettling, strange and beautiful animation.

“If Miazmat was a hamburger, Witkiewicz would be the meat, but I would be the cook who reheated this 100-year-old delicacy and added pickles,” says Klaudiusz with a smile.

The animated short gets honored with prestigious awards at festivals (including events in London and Gdańsk). This film is not easy to digest, but it’s exactly what Klaudiusz wanted it to be. It’s the crowning achievement of his six-year effort inspired by an album brought to school by a friend.

Thanks to Platige Originals: Long Story Shorts, now you can watch Miazmat on our Vimeo channel and immerse yourself in its unsettling, intriguing world.