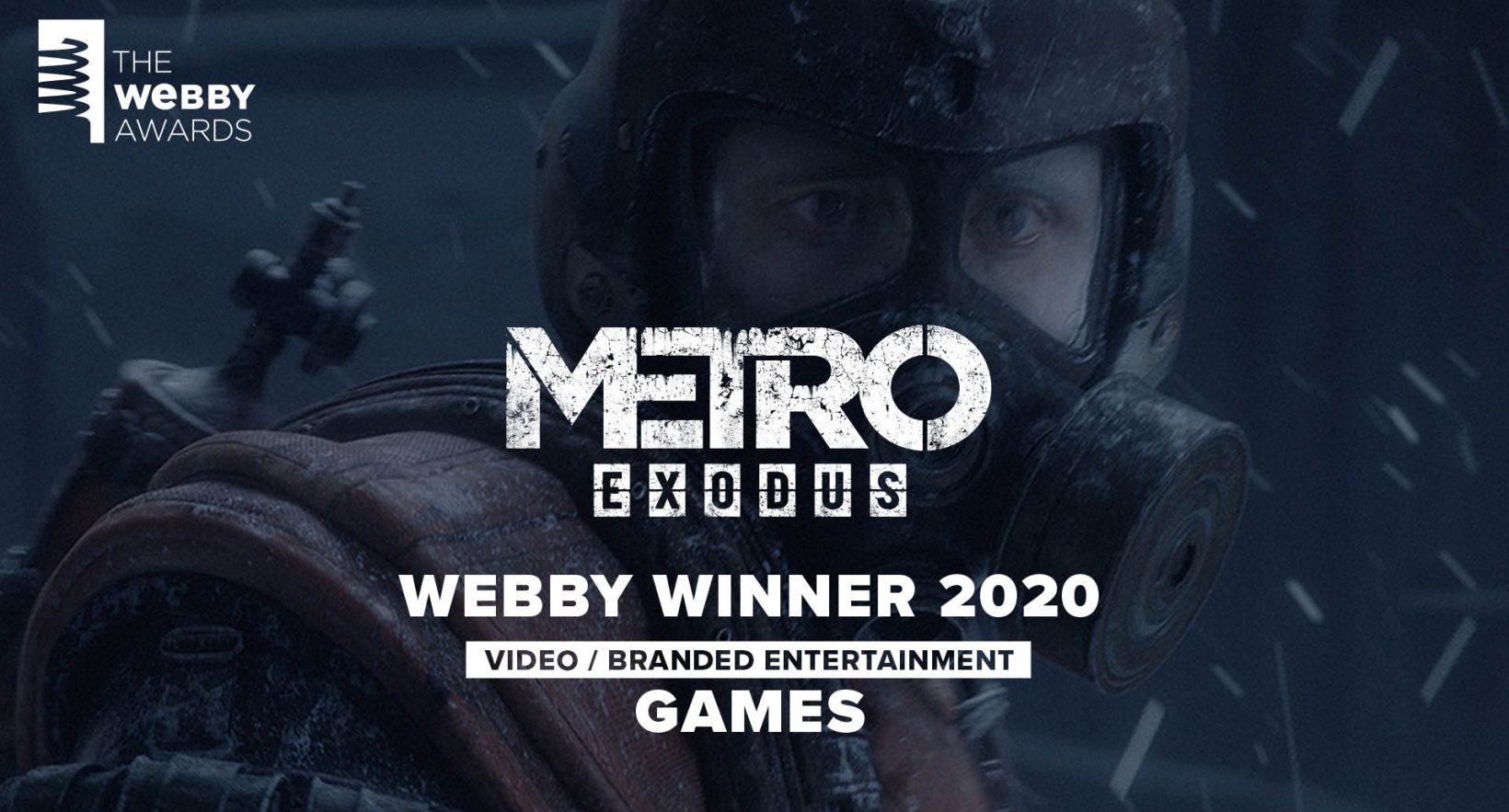 Our cinematic Metro Exodus: Artyom’s Nightmare has won the main award in the “Video Branded Entertainment – Games” category at the 24th Annual Webby Awards. The trailer also received a distinction in the “Video Animation – Branded” category.

The jury recognised the trailer for the next instalment of the cult series Metro, awarding us the title of Webby Award Winner. The winning cinematic takes the viewer on a breathtaking journey covering several levels of Artyom’s Nightmare, which presents a dark vision, full of surprising twists and mysterious secrets.

‘The Webby Awards are highly prestigious and another important distinction for “Metro Exodus”. It is a huge honour for Platige Image, but at the same time the award also obliges us to keep creating more productions at the highest world level,’ comments Karol Żbikowski, Platige Image CEO.

Metro Exodus, produced by 4A Games and published by Deep Silver, is part of the Metro universe, comprising a series of best-selling books by Dmitry Glukhovsky, literary spin-offs and digital adaptations. Our cinematic prevailed ahead of competition from such productions as Play with Life, promoting the game series The Sims, and the short animation Voidwalker, an episode we also created which is set in the universe of the Apex Legends game.

‘Artyom’s Nightmare was a unique production for us from the beginning as we were involved in all parts of the production process. We wanted to reflect the mood of Dmitry Glukhovsky’s prose in the best way possible, and the awards we have won confirm that we succeeded in that. This is primarily due to the effective cooperation and professionalism of the entire team,’ says Tomasz Suwalski, Platige Image director.

Metro Exodus: Artyom’s Nightmare previously won a prestigious Animago Award 2019 in the Best Game Cinematic category, and it was also awarded at the Vega Digital Awards 2019, where it won in the Animation, Game and Visual Effects categories, and took second place in the Directing category. In addition, the cinematic also won bronze in the Animation category at the Ciclope Festival 2019.

The Webby Awards, called the Internet Oscars, were established in 1996 by the International Academy of Digital Arts and Sciences (IADAS). Their goal is to honour activities contributing to the creative and professional development of the Internet and interactive media.