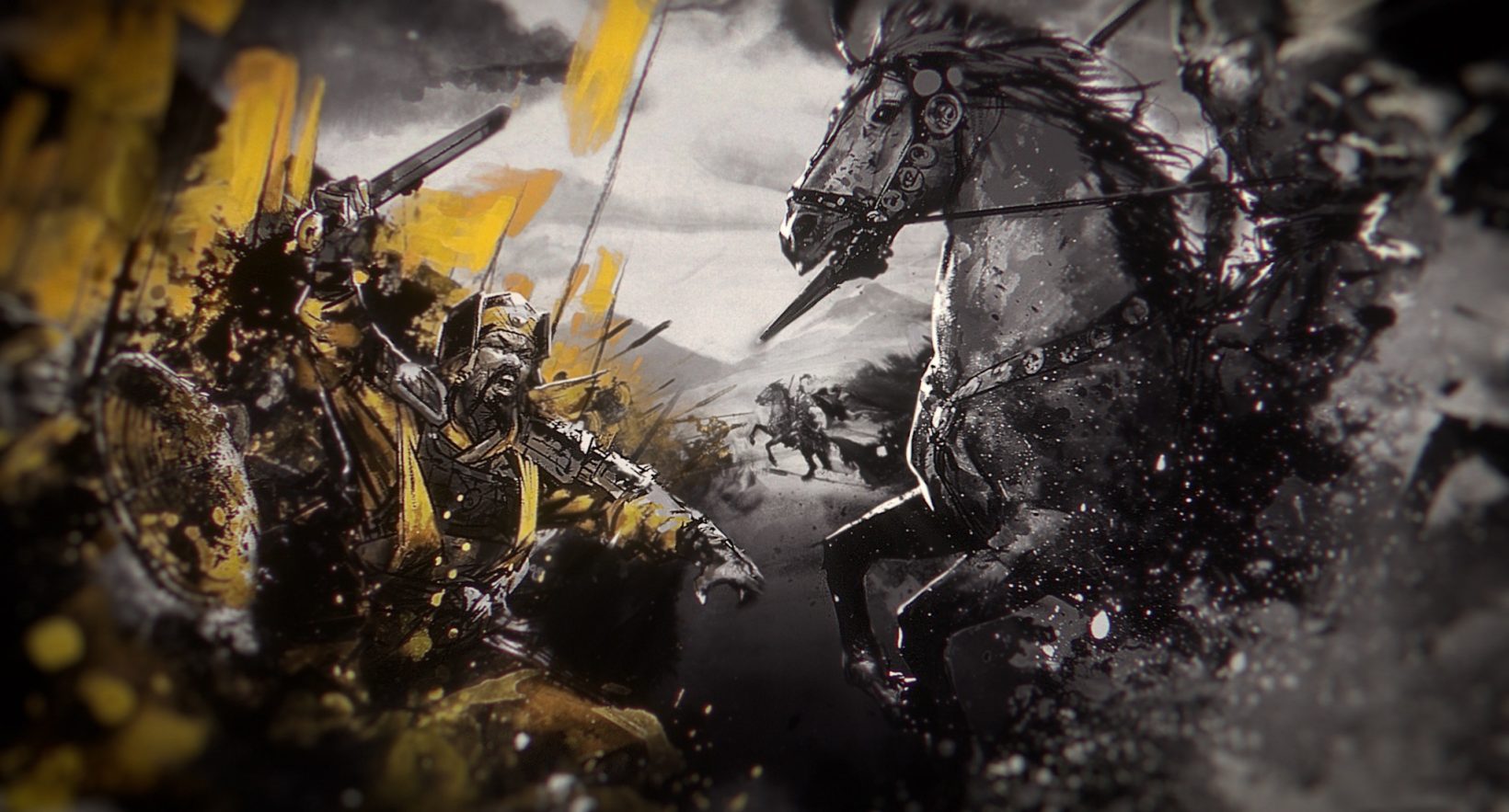 Once again the collaboration with Creative Assembly has succeeded. Our latest “Total War: Three Kingdoms – Yellow Turban Rebellion” cinematic is a story harmonizing Ancient China with the modern message.

Viewers step into the times, when Yellow Turban Rebellion took hundreds of people to fight against the tyranny. We were tasked to tell the story and no one would do it better than the Platige Entertainment team with Kamil Pohl as the director and Łukasz Nowicki as the art director.

The ink and the traditional art of calligraphy seemed the most expressive and the most plastic theme invoking the distant history of China. What’s more, it provides wondrous and picturesque effect.

We took advantage of the spilling ink technique while working on the previous “Total War: Three Kingdoms” cinematic. This time we had to modify the tool for two reasons. Firstly, as the name of the game subtitle suggests, the visual characteristic is yellow. Secondly, the camera does not slow down – speeding up dynamically it pulls a viewer into the journey through history.

Besides adapting the tool, our artist had to face one more challenge. In less than month we had to write a new script, make 15 complex shots and create the whole film set. We manage to change the difficulties into challenges, and challenges into success. Now we would like to invite you for the show which will take you 2000 years backwards. 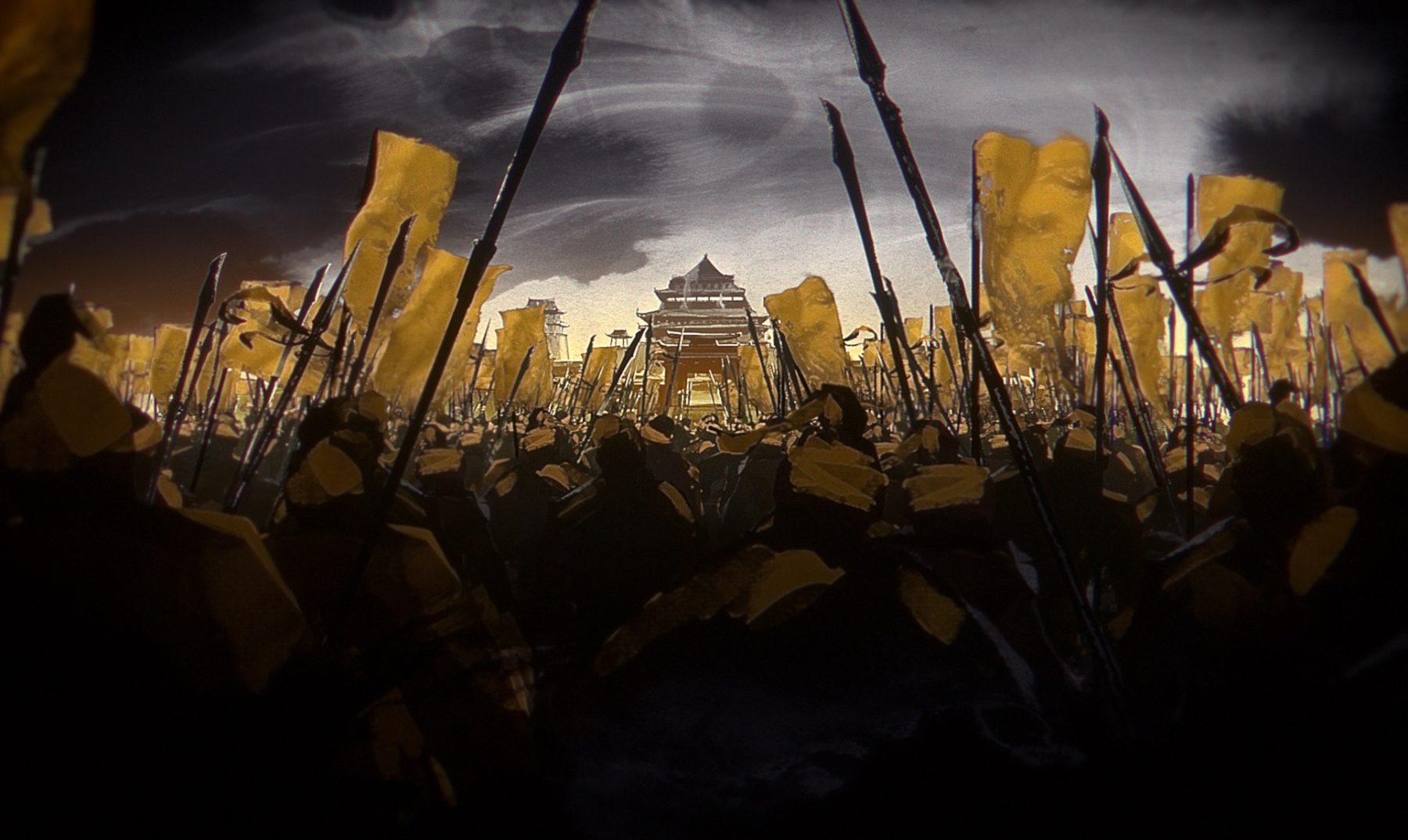 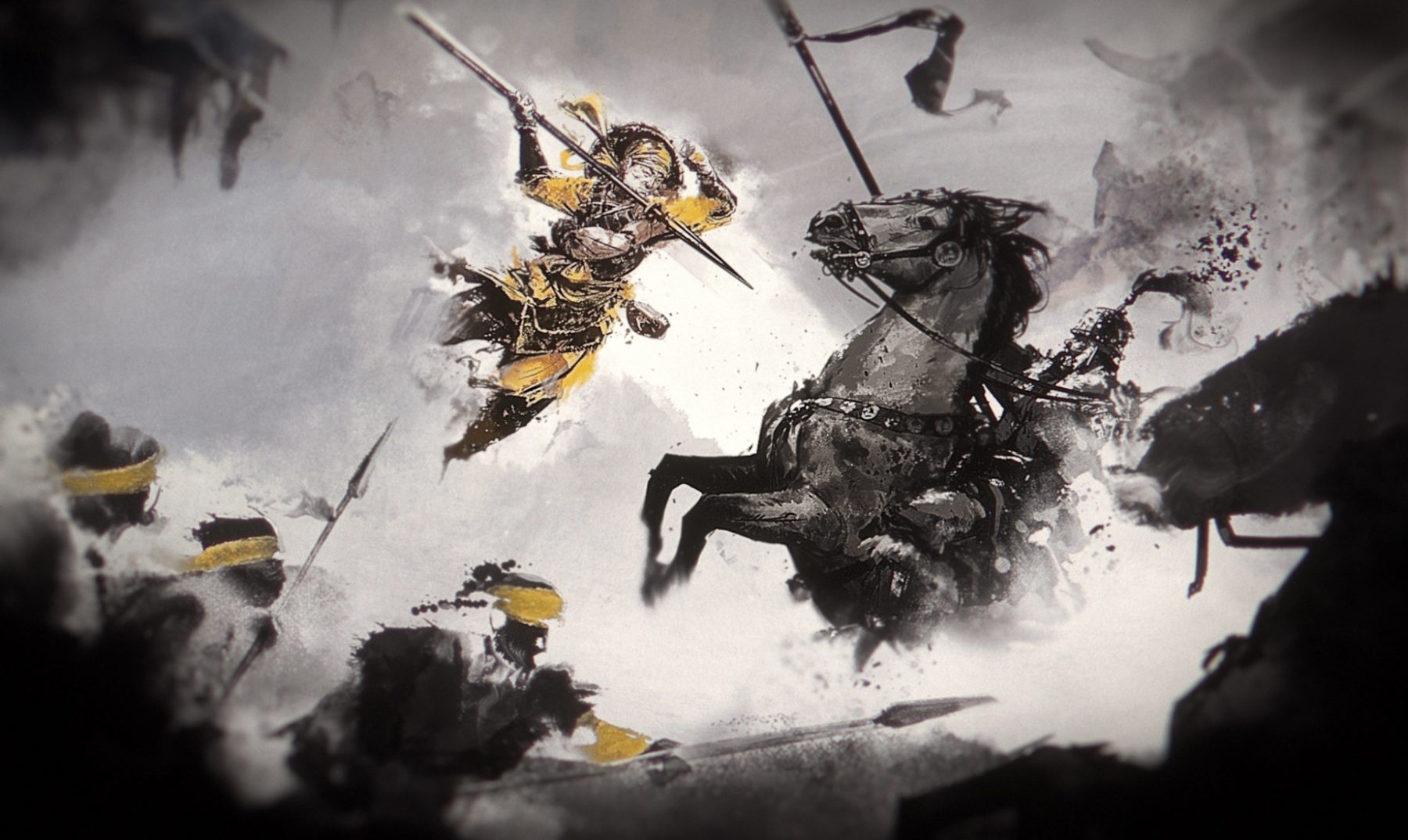 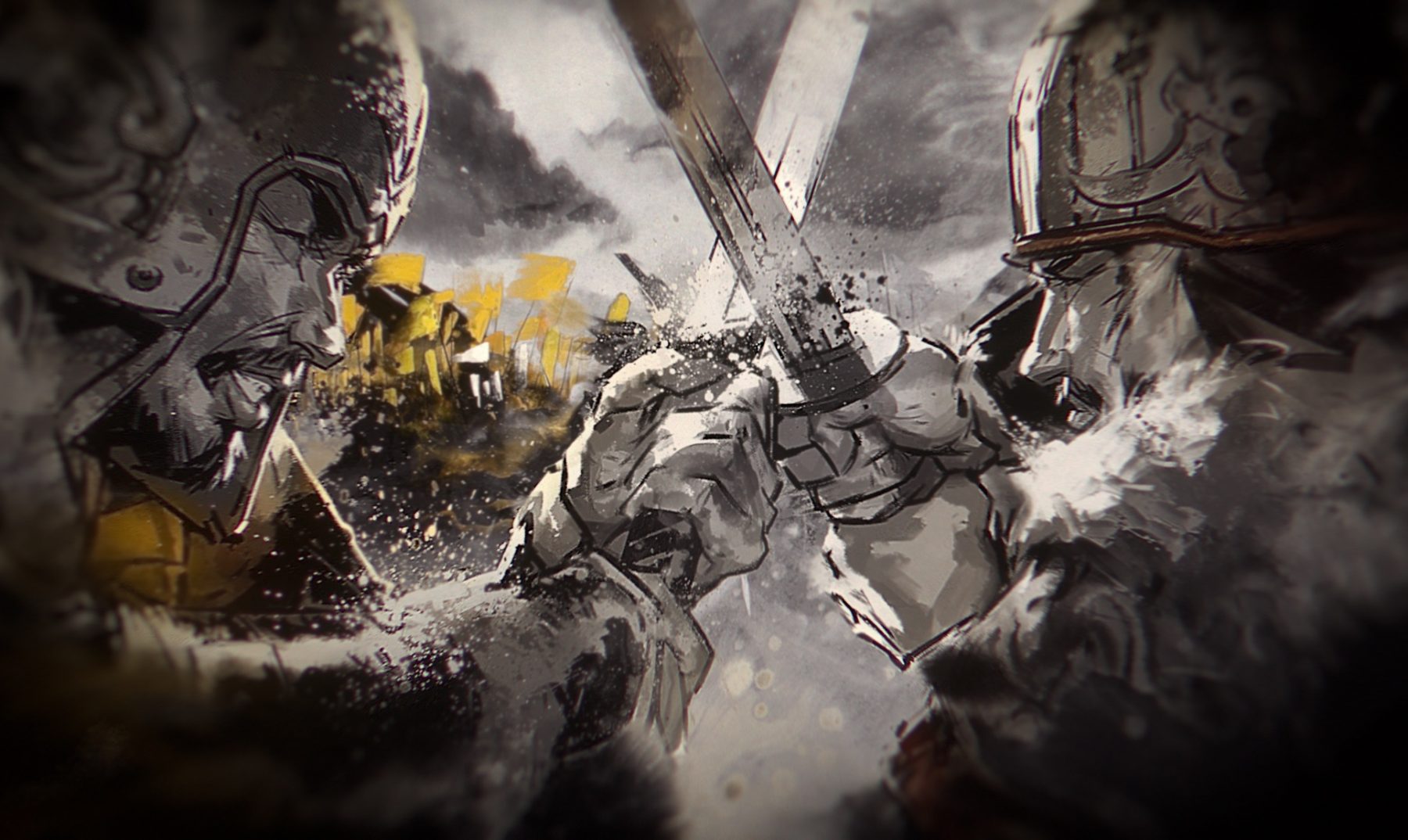 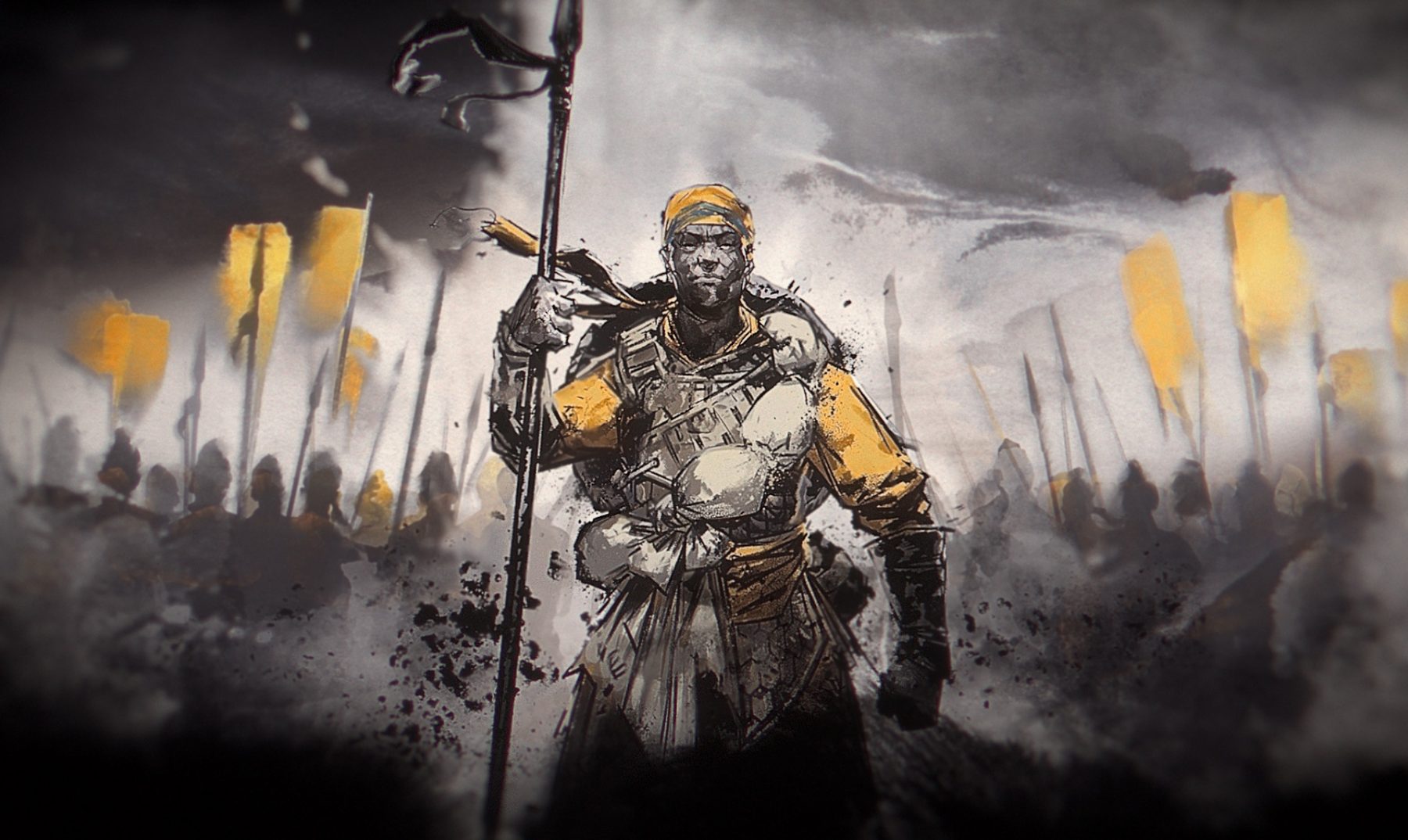