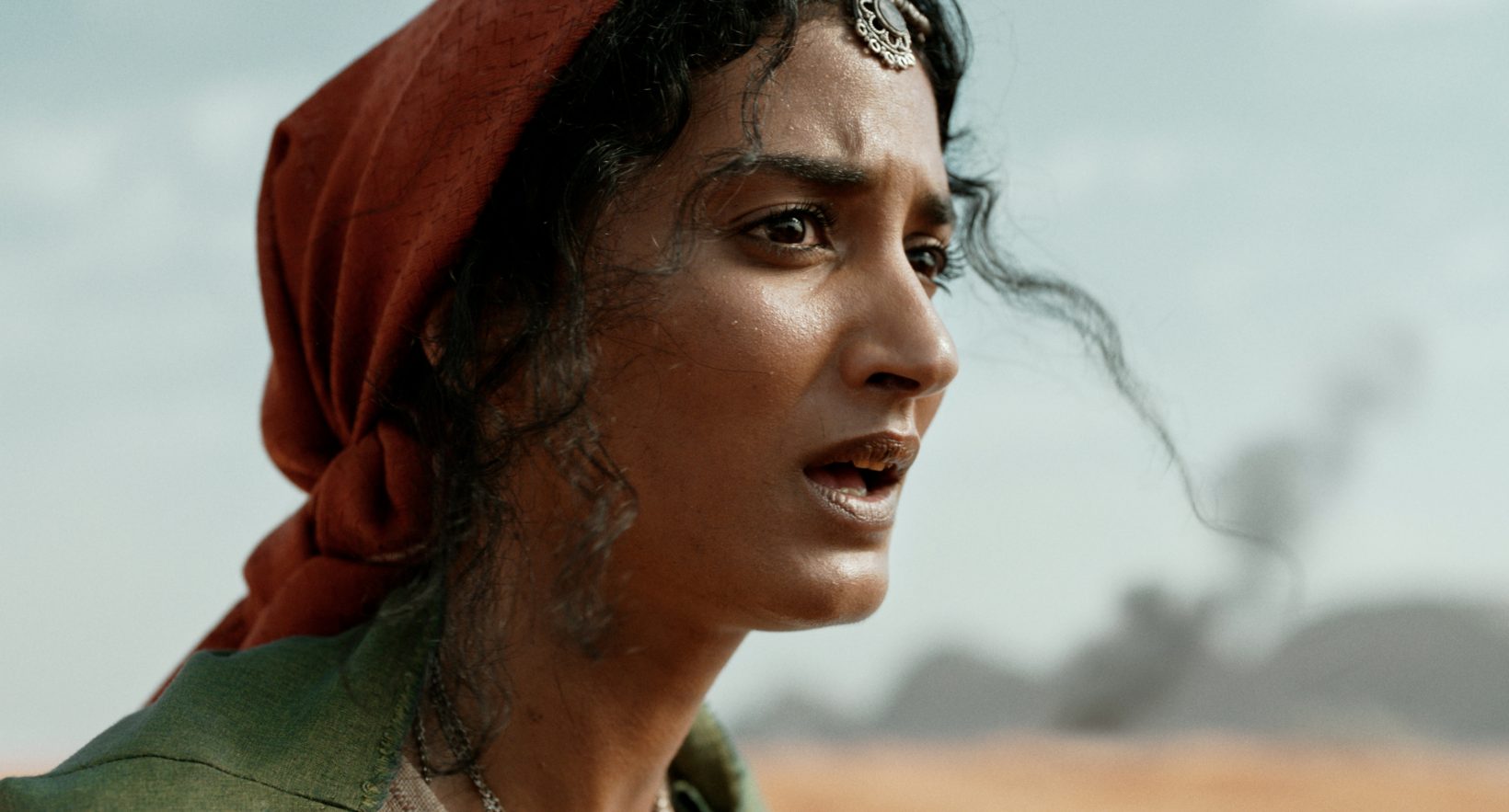 Platige Image creates a Live-Action Trailer for Company of Heroes 3 – North Africa. The Team Offers a Behind-the-Scenes Look at the production process.

Platige Image, a creative powerhouse, developed the trailer for the real-time strategy game Company of Heroes 3, developed by Relic Entertainment and released by SEGA. The Platige team handled most aspects of the production — from casting, through filming, to digital VFX work, and CGI scenes. It wasn’t Platige first effort for the franchise — in 2021, the studio produced a full CGI trailer for the title.

Company of Heroes 3 is the latest installment in the franchise of real-time strategy video games set in the WWII period. The release date was announced with a four-minute cinematic trailer produced by Platige Image and directed by Tomek Suwalski, who received the Young Director Award at Cannes for his work on “Artyom’s Nightmare,” the official story trailer for Metro Exodus. The latest Company of Heroes trailer blends live-action footage with VFX to offer an interpretation of real-life events that took place in the 1940s during the North African campaign.

“The project was truly a unique opportunity for us because we could draw on our core competencies in animation and direction and our broad experience in film production. It ought to be noted that our live-action film was a complex undertaking, unfolding across the realms of traditional cinematography, postproduction and VFX, and CGI and animation. Each of these aspects had its own discrete requirements,” said producer Hanna Drewek.

Aside from handling preproduction, postproduction, storyboarding, and previsualization, the Platige team, was also responsible for casting, location scouting, and principal photography, which took place in Dubai in collaboration with Tango Production Dubai. Sound design and music production were helmed by Relic.

“In the CGI trailer we showcased a heroic military action, but this time we’re focusing on the civilian aspect of the war. We witness a Berber Jewish woman getting caught in the crossfire while carrying a gift back to her hometown. Company of Heroes is a strategy war game, yet the brand is exceptionally aware, and talking about the devastating aspects of war is part of the story, especially with what’s happening in the world today” added director Tomek Suwalski.

All desert sequences were filmed in Dubai. This place was chosen as the primary location due to specific production considerations. The studio received extensive documentation, used to draft a preliminary list of prospective shooting locations—later used to quickly identify appropriate settings for particular shots envisioned by the script.

Filming in the desert proved quite the challenge due to unpredictable weather conditions. The Platige production team drafted the short list to enable the crew to move swiftly and effectively around each location. Filming involved various textbook cinematography techniques, with cameras mounted on Steadicam rigs, drones, cranes, and even sand buggies.

“The desert landscapes and the female lead were filmed in a traditional manner, while 3D assets such as the Panzer IV and Churchill tanks, in operational and destroyed versions, were developed by our animation department. Additional digital assets include the Opel Blitz trucks, P-47 Thunderbolt fighters, the notorious German Flak 88 gun, and background assets such as bullets, explosions, smoke, sparks, and dust,” explained Paweł Orzechowski, VFX Supervisor on the project.

“It was a great project and a field test for Platige Image’s production and filmmaking capacities. Entrusting us with producing the announcement for a flagship title and then allowing us to pursue the production in such an unconventional manner is a testament to the confidence that SEGA, one of the biggest video game publishers in the world, has in our abilities,” remarked producer Hanna Drewek.

The live-action trailer produced by Platige was unveiled July 12th, 2022, while Company of Heroes 3 is slated for a November release. 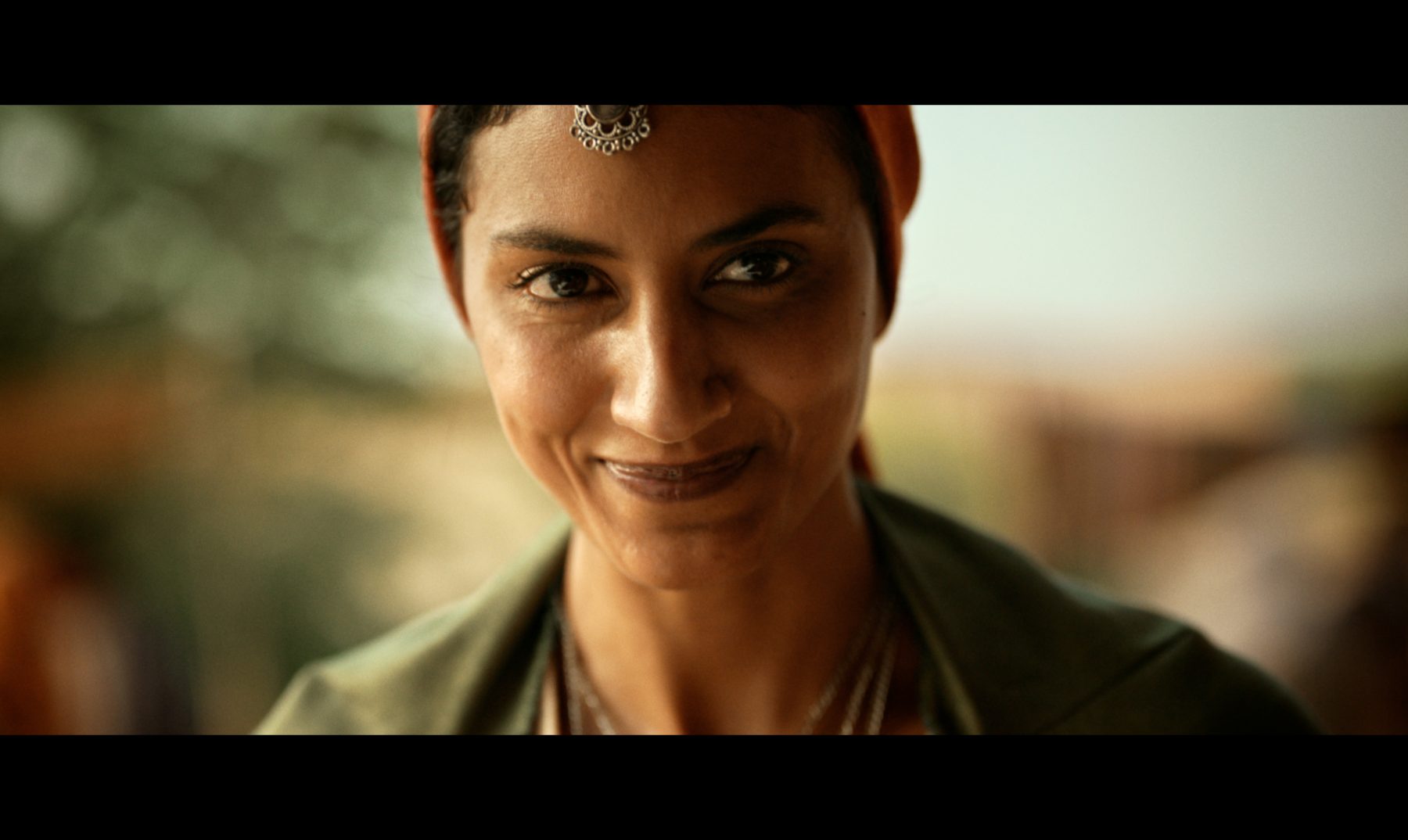 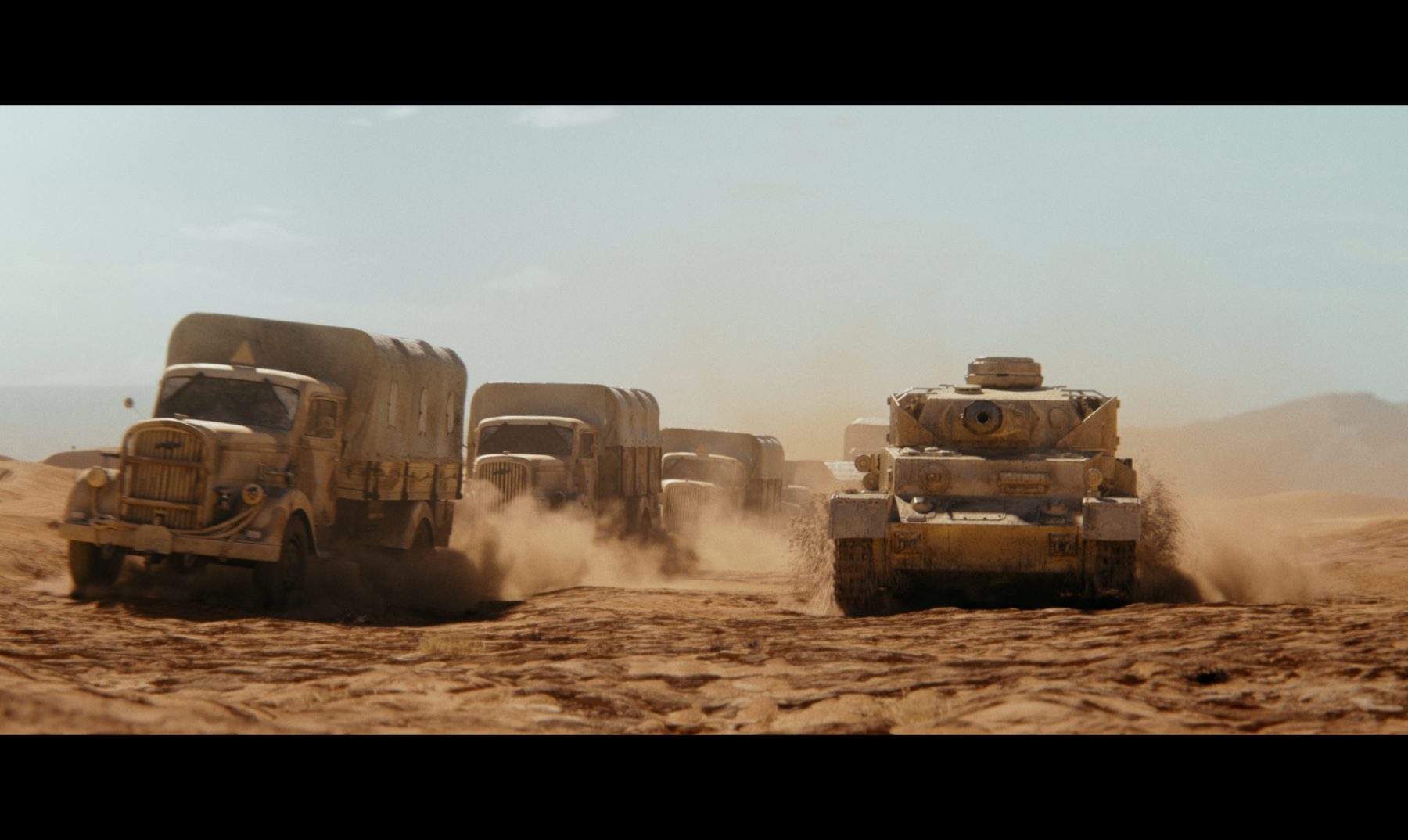 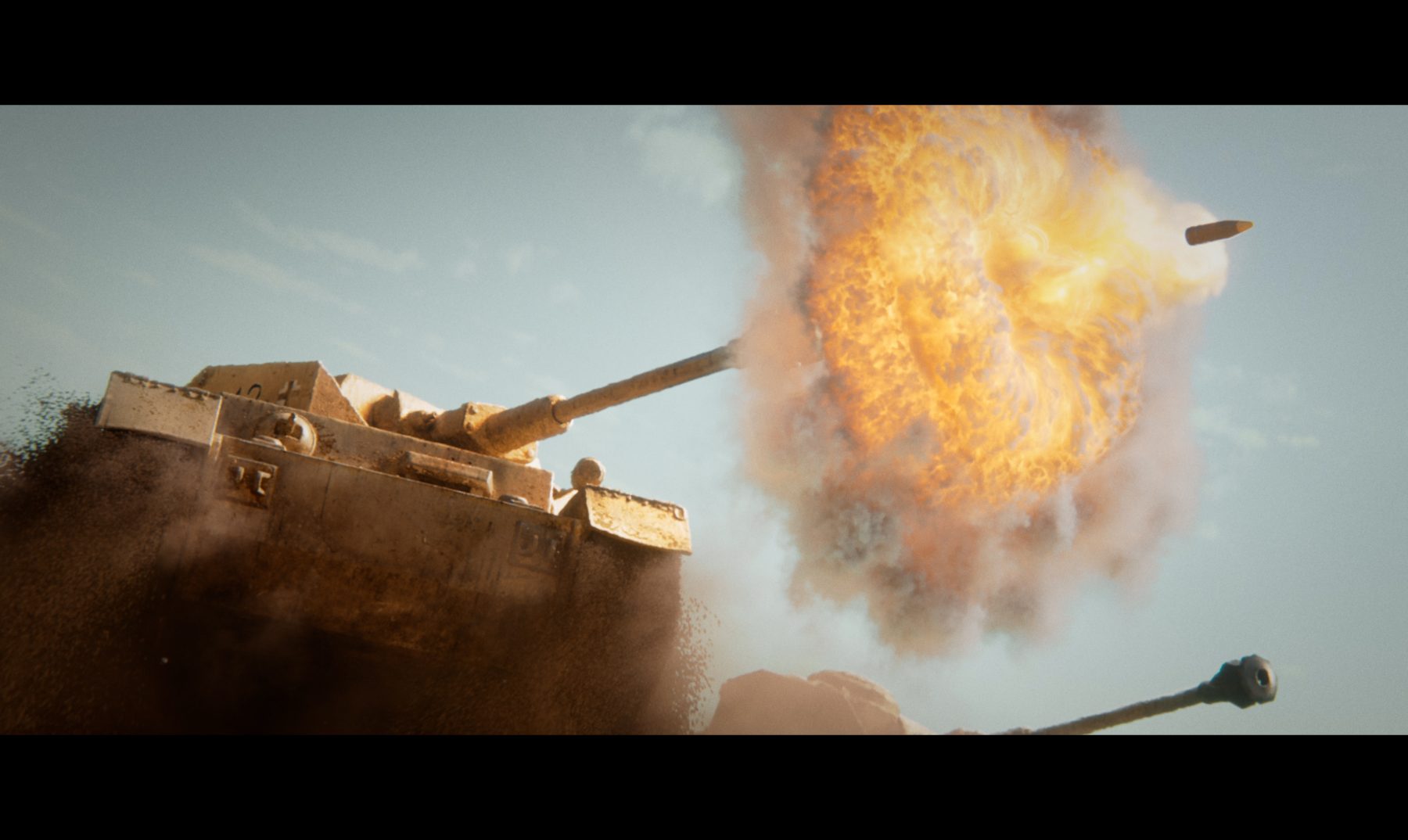 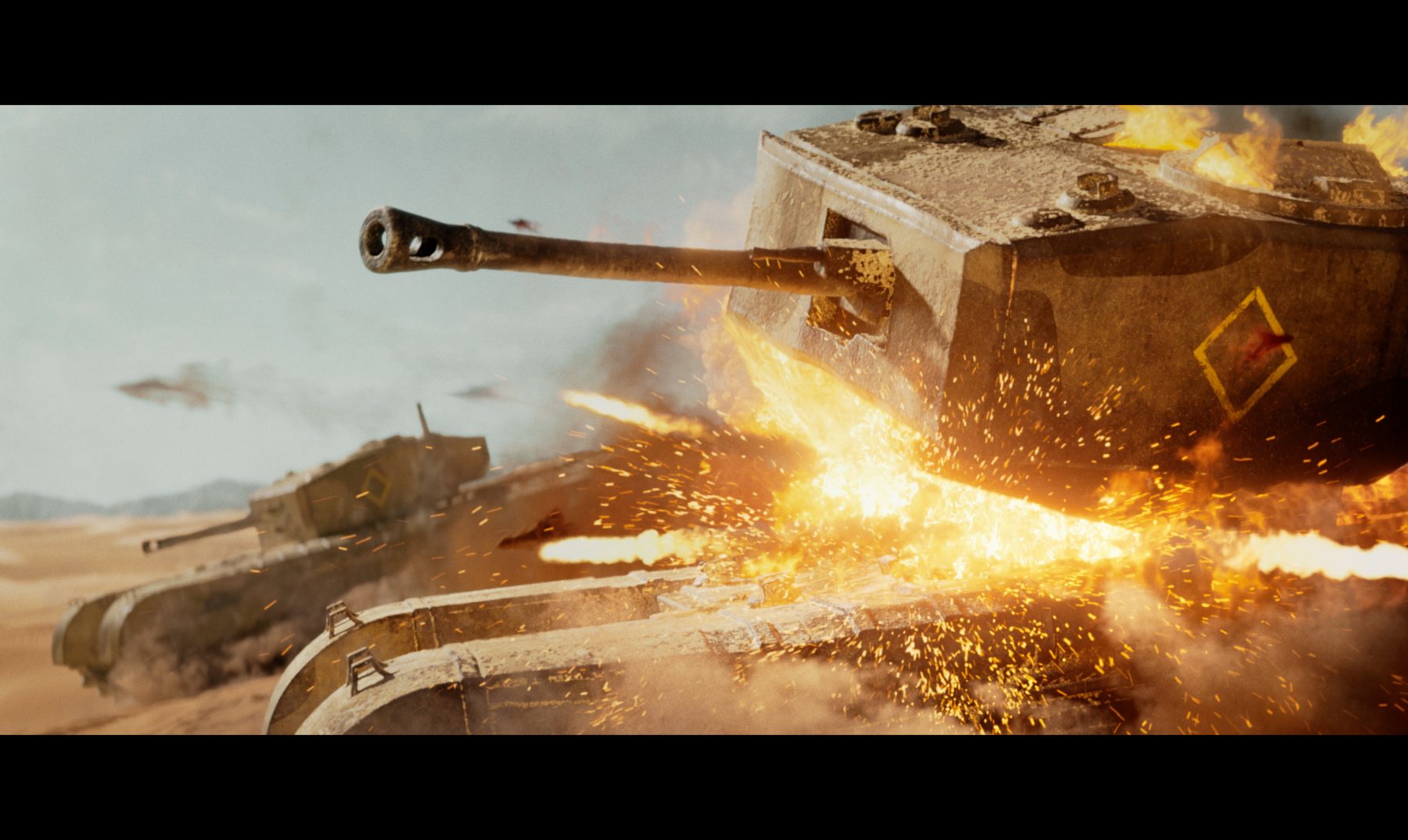 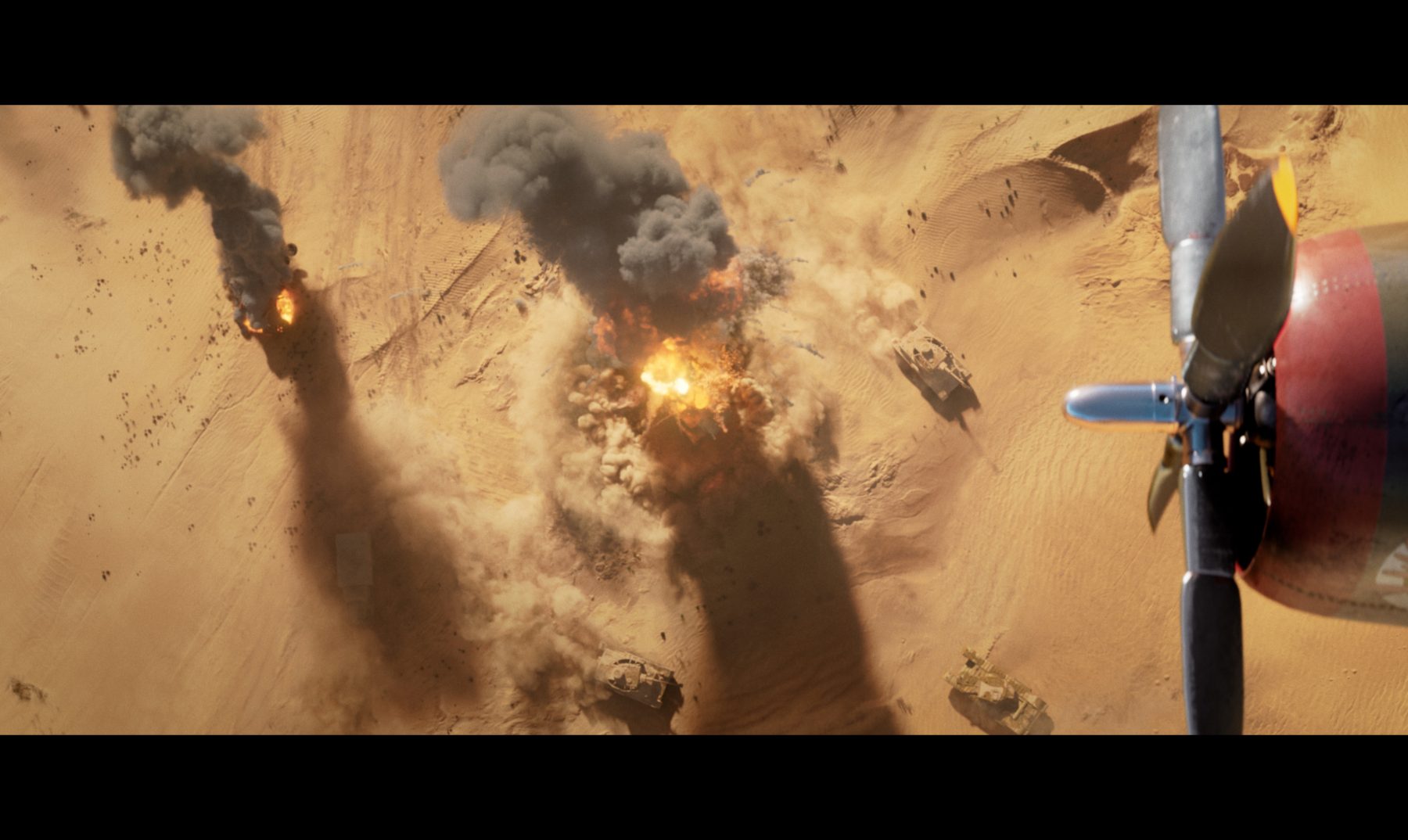 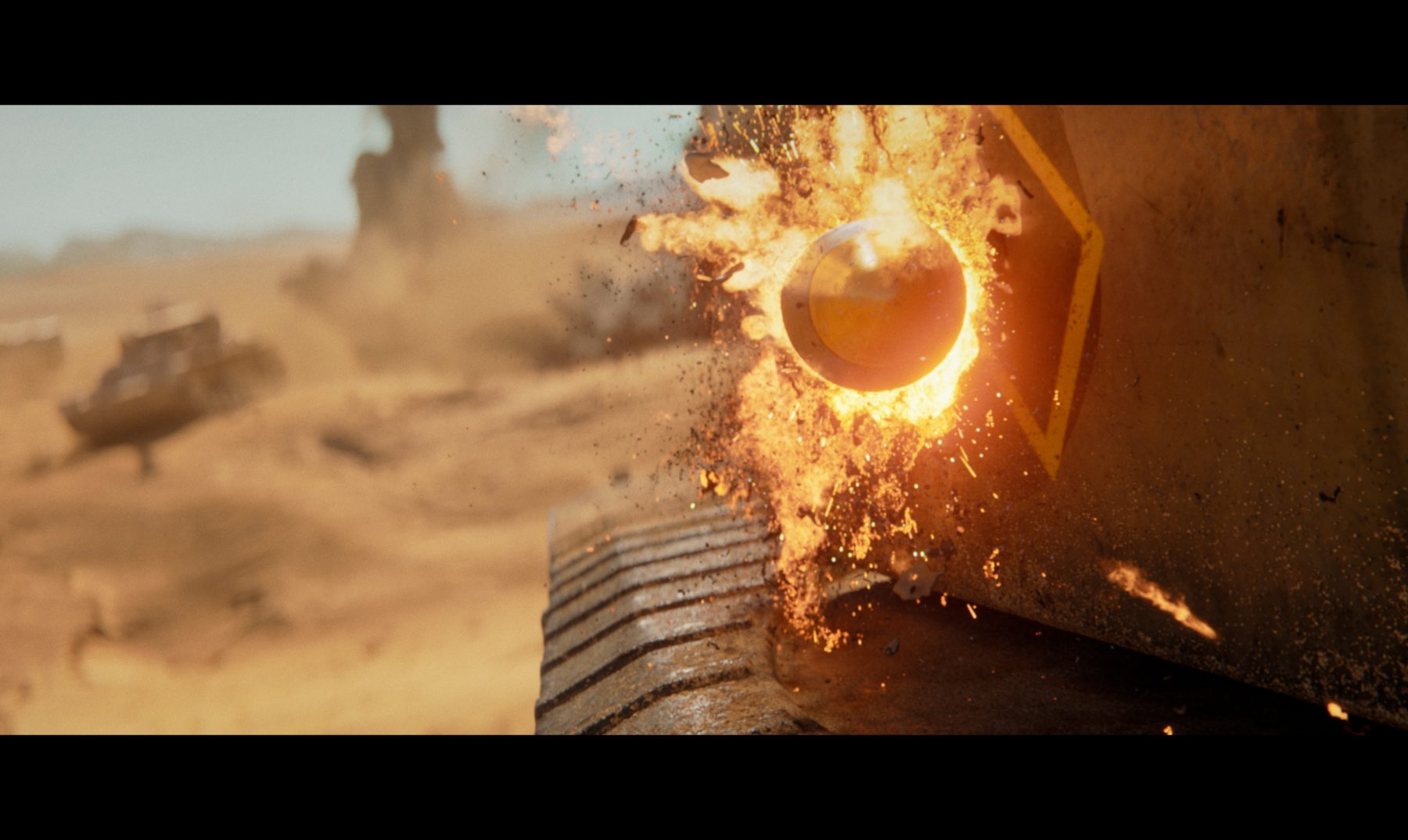 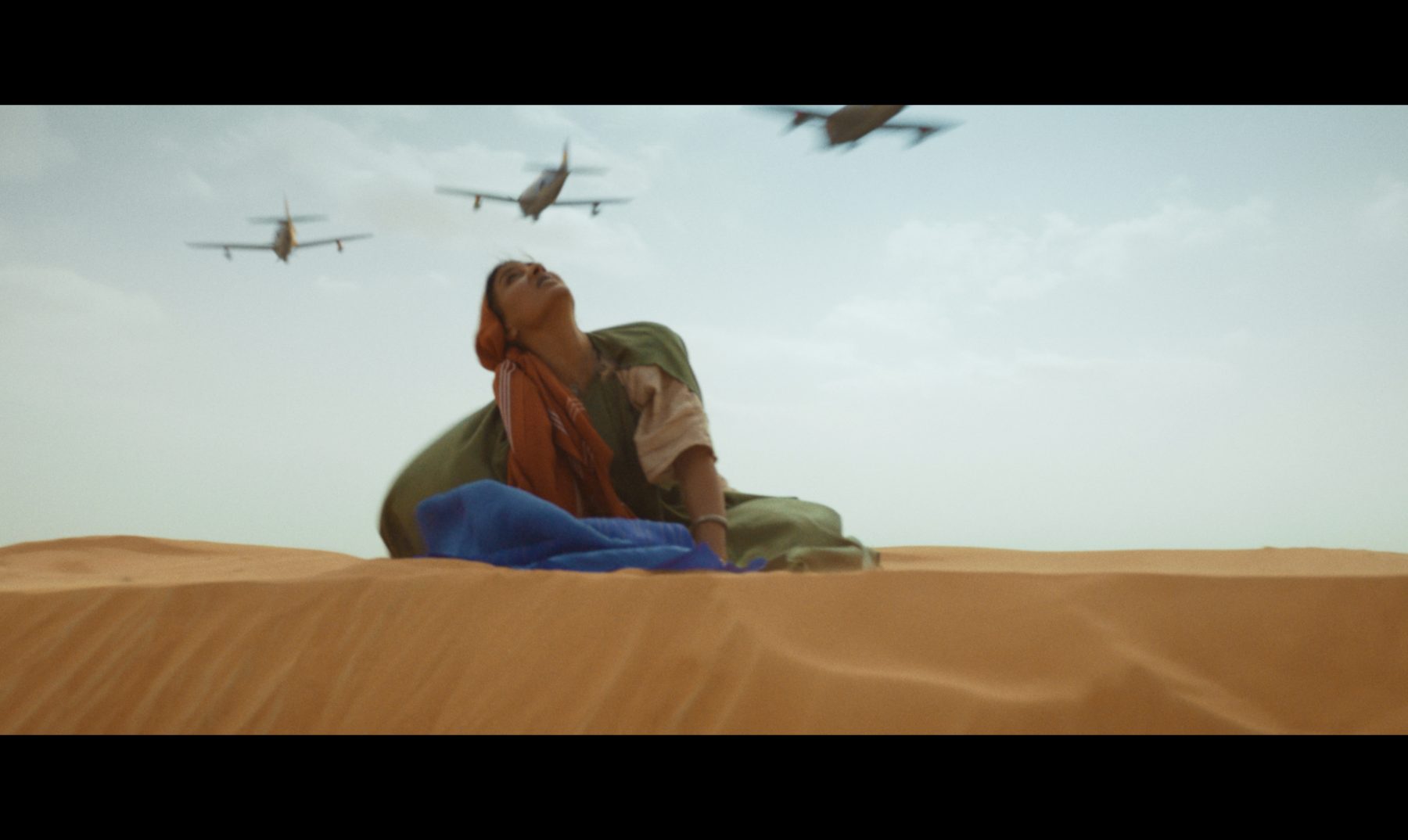 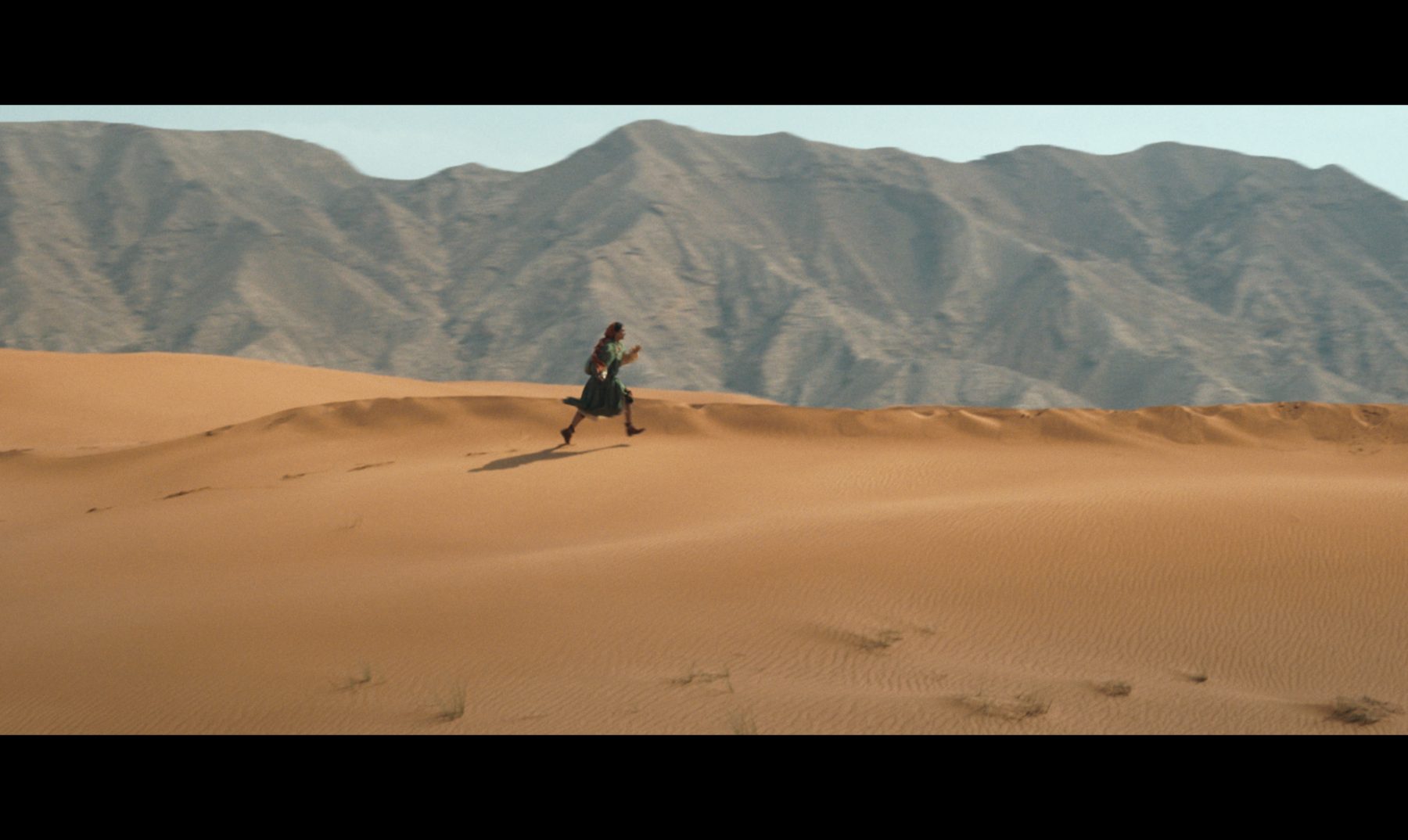 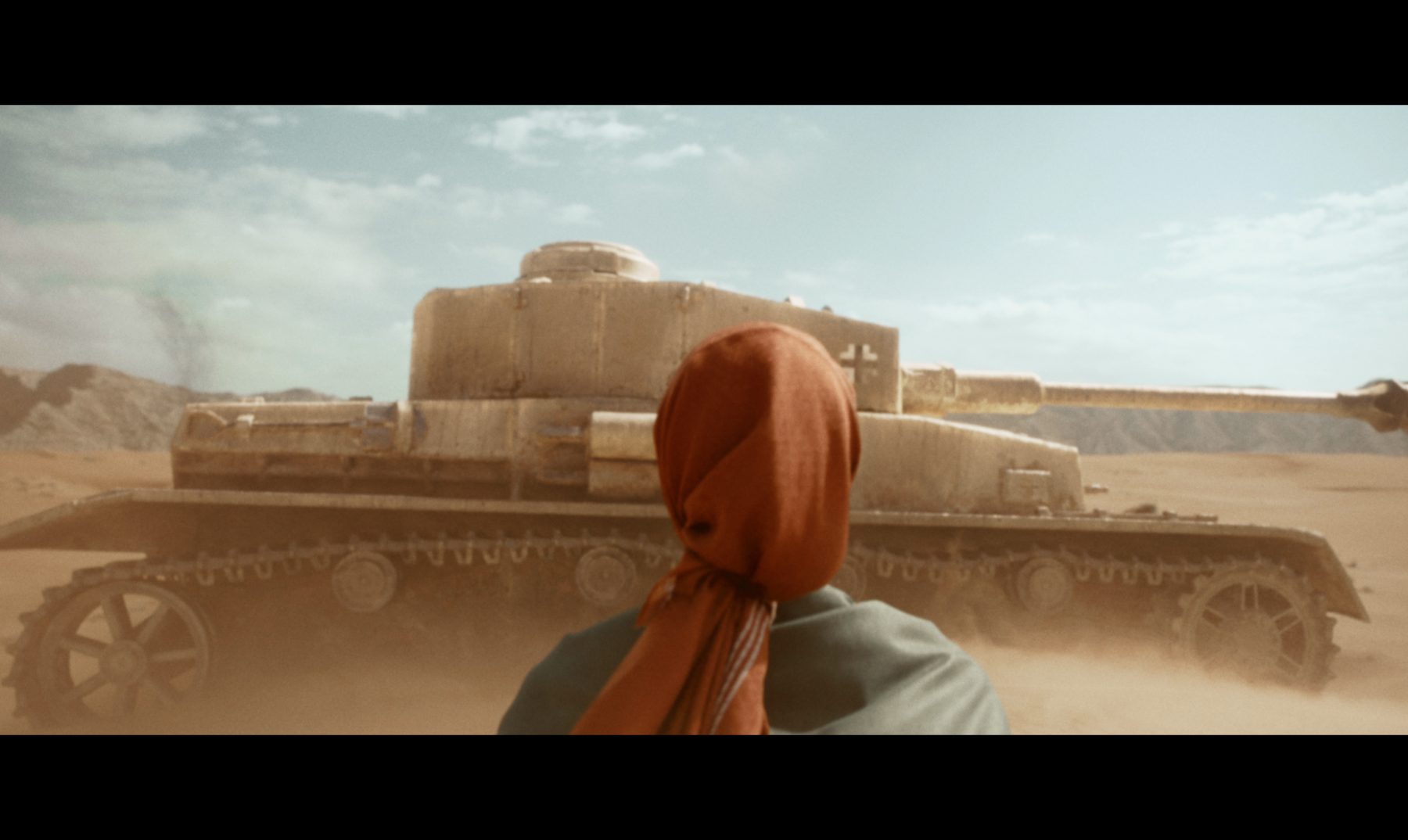